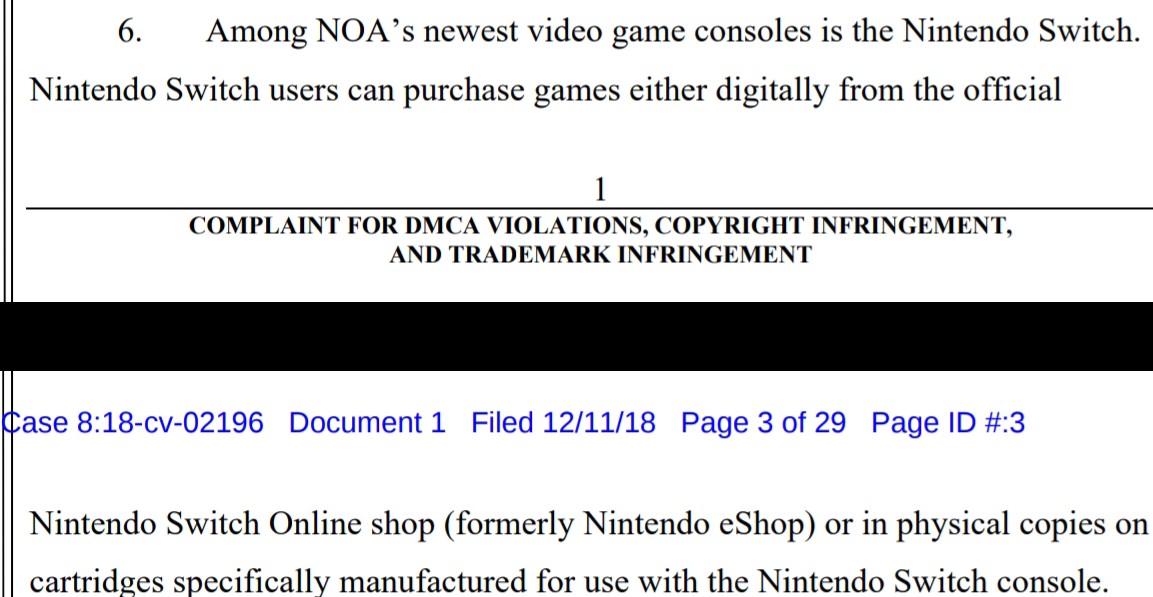 Yesterday, Nintendo of America announced that they are suing a man for pirated NES Classics and Nintendo Switch systems. While most is pretty straightforward, there is a surprising line in the legal paperwork. In it, they say the following: ''Nintendo Switch users can purchase games either digitally from the official Nintendo Switch Online shop (formerly Nintendo eShop) or in physical copies...''

Now is the question: is Nintendo planning to overhaul the name and maybe even the look of the store? It certainly doesn't relate to the web based store, which is simply named the ''Nintendo Game Store'' in America and the ''My Nintendo Store'' everywhere else. We are marking this as a rumor, simply because Nintendo hasn't announced any plans relating to this. That being said, it must be pretty firm if it's in a legal document.