A stellar showing from the Big N
by rawmeatcowboy
21 June 2019
GoNintendoGN Version 5.0 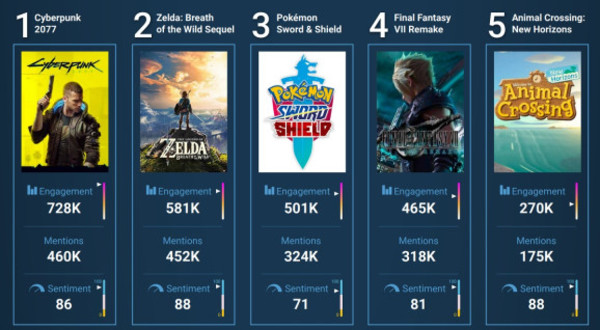 Spiketrap Inc. Analytics, co-founded by former X-Play co-host Adam Sessler, has put out their big wrap-up for E3 2019. The results show what other analytic firms have shown. Nintendo had a standout performance at E3 2019. Here's some tidbits from Spiketrap's report. 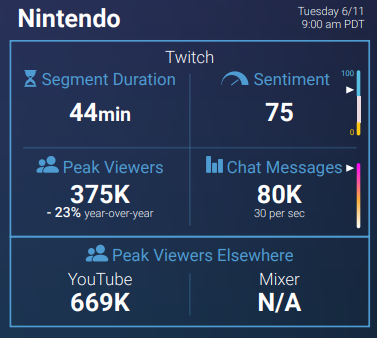 - Nintendo showed a standout performance in engagement and sentiment throughout the week
- Nintendo had the highest sentiment, but the shortest presentation, which minimizes the variances in sentiment.
- Nintendo's stream on their YouTube channel saw huge viewership
- The rate of chat for Bethesda’s stream was very close to that of Nintendo’s despite differing lengths of the presentations.
- Nintendo had three games in the top ten, more than any other publisher, and all three were in the top 5