Switch is the place to be
by rawmeatcowboy
11 December 2019
GoNintendoGN Version 5.0 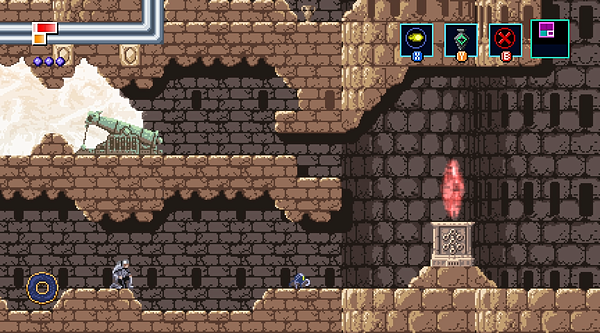 In today's Nindie World Showcase, Axiom Verge 2 was surprise-announced. The title was confirmed for Switch, and as far as we know, it's the only console it'll be on at launch. In an interview with USGamer, Axiom Verge creator Thomas Happ explained why he went with Switch for the sequel.

The Switch was kind of a natural platform to start with this time around. It seems as though every few years platforms shift in terms of popularity of indies and at the moment the Switch is really the best place for it. Axiom Verge's sales on Switch are still doing pretty well, whereas it's slowed down on the other platforms. It also helps that the Switch is the lowest spec of them all so I can be guaranteed that if I develop on Switch, the same thing will run elsewhere without making sacrifices. I'd sort of decided on this internally when the Switch was first announced. I was scrambling trying to get the specs from Nintendo so I could make sure the game resolution was compatible with the handheld screen resolution without having to blur or stretch it.