Yacht Club was surprised to see how deep Cyber Shadow's story is, says a retail release is possible

The wait for this game is so difficult
by rawmeatcowboy
07 March 2020
GoNintendoGN Version 5.0 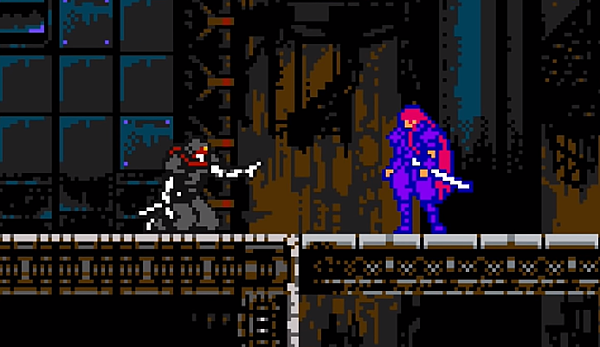 Yacht Club is publishing Cyber Shadow later this year, and while they had some input on development, the game is mostly the product of a one-man dev team. In a Reddit AMA with Yacht Club, a member of the dev team opened up about Cyber Shadow, and revealed one of the most surprising things about the game.

The story for Cyber Shadow is surprisingly deep. When Aarne pitched us the story doc, I was surprised at how much there was and how all the different characters mattered to each other. I can't reveal too much, but I can assure that as you play the game and pay attention to the dialogue and background elements, the story will reveal itself in interesting and strange ways.

We know that Cyber Shadow is coming to Switch via the eShop later this year, but could there be a retail release? While nothing is confirmed at the moment, Yacht Club did say "there's definitely a chance, but no promised yet."