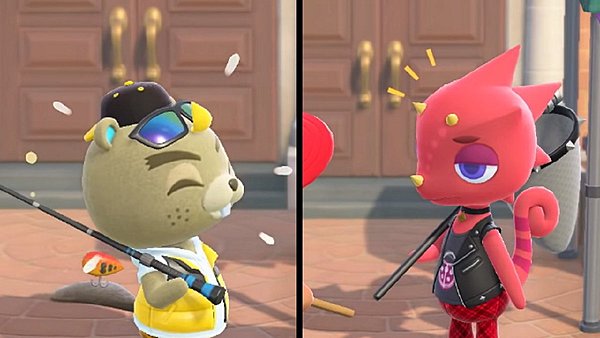 Not too long ago, there was some discussion of the relationship between Animal Crossing: New Horizons' Flick and C.J.. Some ambiguous dialog lead to a number of fans thinking that the two were in a romantic relationship together, while others thought the verbiage was referencing a business relationship and nothing more. Today we have our official answer. 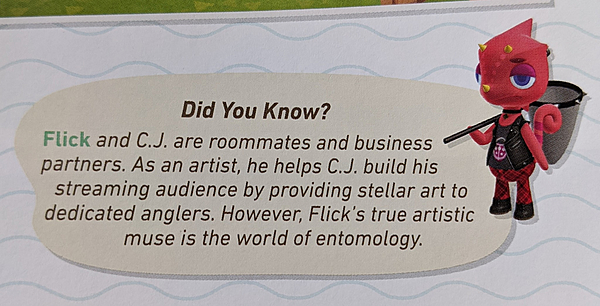 A snippet from the Animal Crossing: New Horizons – Official Companion Guide pretty much puts the speculation to rest. It does seem the mention of 'partner' in the original dialog was in reference to business partner specifically. That said, the two do appear to be quite great friends, as they're roommates! Another line of dialog did say how the two knew each other since childhood, so it seems they've been palling around for quite some time.