RUMOR: Toadette may have been planned as a playable character in Super Mario 3D World

(Not) ready for adventure
by rawmeatcowboy
17 February 2021
GoNintendoGN Version 5.0 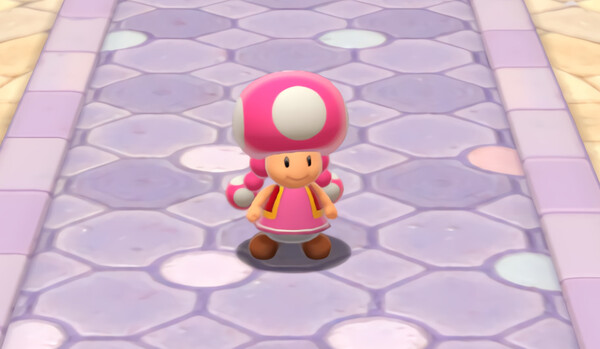 With Super Mario 3D World + Bowser's Fury out now on Switch, dataminers are digging into every line of code to see what they can find. While most of the content is as expected, there's one little bit of data that may point to a cancelled playable character.

I dunno how to rip it but I did manage to get it to load in game pic.twitter.com/UFbDMqXHje

As you can hear in the tweet above, a line of dialog for Toadette was discovered. The line would appear to indicate that she was a playable character at some point. For whatever reason, Toadette didn't make the cut in the final game. All that's left of this potential playable character is this single line of dialog. Now all we do is wait for modders to make it happen!