From: Nintendo shifts around the Legend of Zelda timeline, discusses the changes in a new interview
This is a reply to chesu's comment

You don't realize that there was a very different mindset in regards to the story of the games during the early days. It's practically the reason why the downfall timeline is just all the old titles + ALBW. they weren't keeping some sort of internal consistency. It really just fell on the fact you could vaguely say one game takes place after another, and it was fine because the story threads are rather loose. I can't say the Oracle games were made in mind to be after AlttP but threre is enough things in there to argue they had LA in mind to some degree. You know what I mean?
It has less to do with the literal story and more so with the game itself. You say "throwaway character cameo" don't matter yet you ignore the most obvious thing they could do.

Which was why it was simply placed in-between them. If Zelda is really the only thing that contradicts anything why not just retcon it like they've done with several other things. like this: 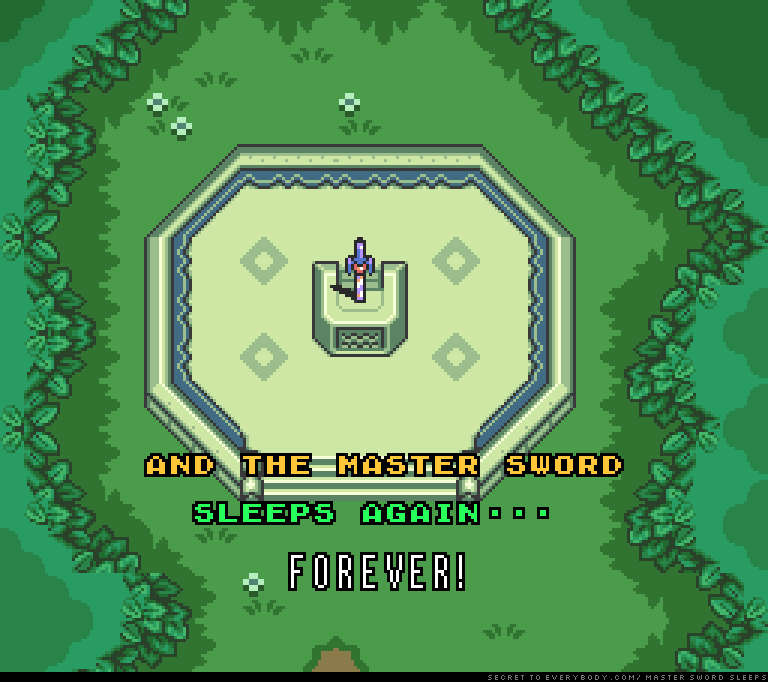 Spoiler
Also, the mangas are just adaptions and shouldn't even be brought up.