From: Nintendo says Joker's inclusion in Smash Bros. Ultimate is 'emblematic of the approach' Sakurai is taking with DLC, skirts question of Persona 5 on Switch
This is a reply to boomerangslash's comment

Not really I've owned Sony, Sega, and Nintendo systems all of my life. I own almost every major 3rd party release that's currently on Switch (minus JRPGs). Resident Evil and Sonic the Hedgehog rival or even beat some of my favorite Nintendo franchises. All that being said, I still don't like 3rd party characters in Smash. This is my character roster in Smash: 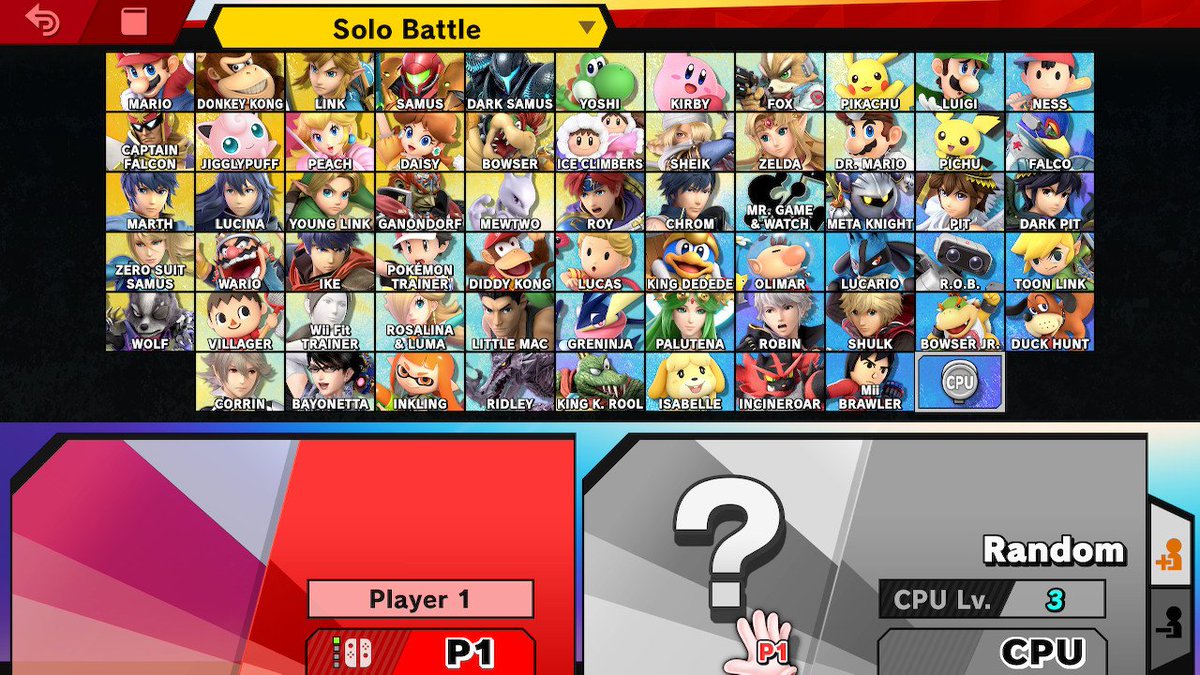 I plan to keep it this way. In my mind Smash is Nintendo All-Stars duking it out but sadly nowadays it seems to just be turning into "Videogame Characters: The Fighting Series" By the time the DLC is finished their will be almost as many 3rd party franchises represented in Smash than Nintendo ones. Yes Nintendo franchises get more reps per franchise than 3rd parties do but the point still stands.. Yeah maybe I'm "no fun" but honestly I don't give a damn.