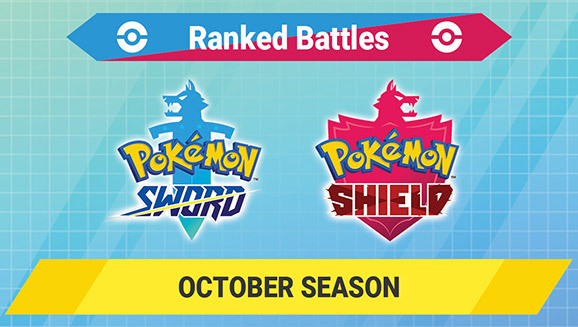 The new Ranked Battles season in Pokémon Sword and Shield has begun, which means you can move up the global leaderboards and earn helpful in-game rewards by battling players from around the world.

The leaderboards reset every month, so now’s the perfect time to jump in. Running until 4:59 p.m. PDT on October 31st, 2022, the Ranked Battles October 2022 Season (Season 35) will follow the Series 13 regulations, allowing you to battle alongside special Pokémon that are normally restricted—in fact, you can have as many Legendary and Mythical Pokémon on your team as you want!

There are no restrictions on the number of special Pokémon that may be registered to your Battle Team. Dynamaxing and Gigantamaxing are allowed.

Before battle, you’ll be matched up with other players of similar rank to ensure even competition. The higher the tier you finish in, the greater your in-game rewards will be after the season concludes. The October 2022 season rewards include the following: