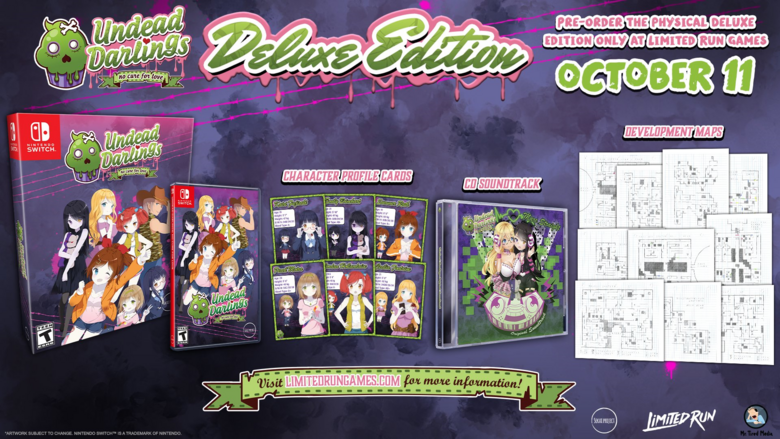 Pre-orders open on Oct. 11th, 2022, and you can take a closer look at each version here. You can read more details on Undead Darlings below.

Journey with a crew of half-zombie girls as you crawl through dungeons, beating up twisted creatures that were born from the fall of society in fast-paced turn-based RPG combat, and ultimately deliver the only known cure for what ails your party members to a place where it can be mass produced!

Story driven portions of the game contain a multitude of branching dialogue paths that, based on the choices you make, gives deeper insight into the different characters, while the RPG portion of the game uses a familiar but refined turn-based battle system with unique twists. Both of these gameplay features are contained within a first-person perspective dungeon crawler with dungeons built like mazes and filled with traps and hidden paths.