A wide range of people and professions 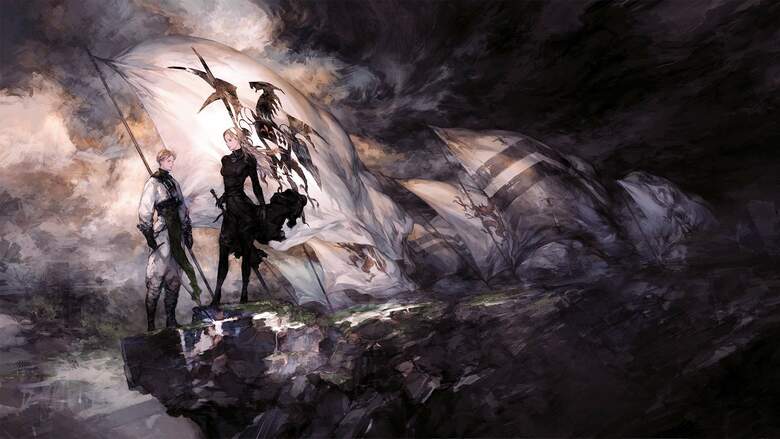 Square Enix has released a new blog for Tactics Ogre: Reborn, and this one shares a ton of information on both the characters and classes of the game. You can find the complete breakdown for both aspects below.

Lanselot was born in the city of Valna in Charlom, and formerly captained the Holy Knights of the Kingdom of New Xenobia. He was stripped of his status and banished by King Tristan for the misconduct of his knights. He encounters Denam while roaming the lands with a small band of fellow knights seeking mercenary work.

Warren once led the Mages Regiment of the Kingdom of New Xenobia. He is more a prophet than a teller of fortunes. Like Lanselot, he was banished from Xenobia for misconduct.

One of the winged folk, from the city of Peshaval in Charlom, Canopus once captained the Beast Legion of the Kingdom of New Xenobia. Like Lanselot, he was banished from Xenobia for misconduct. He appears young in years, as the winged live to thrice the age of men. He can turn the very winds against his foes, earning him the name “Wind Caller.”

Xenobian, 28 years old, born on the 9th of Windscale.: Mirdyn was born in the Dalmuhd city of Konsh. He once served with the Holy Knights of the Kingdom of New Xenobia. He is a man of few words. Womenfolk hoping to be wooed by the handsome warrior are left disappointed, as he can manage little more than a smile. Gildas and Mirdyn are as chalk and cheese.

Born in the Hyland city of Xandu, Gildas once served with the Holy Knights of the Kingdom of New Xenobia. A lover of drink and women, chivalry is not his strong point. However, he is also a dependable comrade who fights with great skill. Gildas and Mirdyn are followers of Lanselot, who was banished from Xenobia

Iuria is from the city of Peshaval in Charlom. She is sister to Canopus. A songstress of renown, her voice is said to soothe the hearts of all who hear it. Winged womenfolk are seldom seen in public, but Iuria seems fond of attention.

A woman of unknown origin, Deneb once served with the Mages Regiment of the Kingdom of New Xenobia. She was a principal architect of the kingdom’s establishment. Her thirst for arcane knowledge is boundless, and she has come to Valeria to gather funds to further her studies. She is also remarkably fond of pumpkins.

Balxephon V. Rahms is second-in-command of the Dark Knights Loslorien, hailing from Galius, seat of the Holy Lodissian Empire. He is the son of Stratarchis Vogras, who commanded five of the orders of knighthood in Lodis. Loslorien enjoys independence from the Senate thanks to the influence of Vogras.

Volaq is a Loslorien commander, and member of their most elite strike force. Little is known of his past, or how he came to join the Dark Knights. His loyalty to Lodis is unquestionable, and he has earned a great deal of respect from those serving under him. A career soldier, he never lets personal matters interfere with his duties.

A Loslorien commander from Galius, seat of the Holy Lodissian Empire, and member of their most elite strike force, Martym is known for his cunning swordplay. He will stop at nothing to achieve victory, living by the motto, “It always comes to blood.” Though his words lack grace, he wields a blade with great finesse.

Barbas is a Loslorien commander hailing from Bomouth on the borderlands of Lodis, and member of their most elite strike force. He is a giant of a man, and the most bloodthirsty of the seven Loslorien commanders. He was put on trial for beating a superior to death but was saved from execution by Lanselot Tartaros.

Oz Moh Glacius is a Loslorien commander from Galius, seat of the Holy Lodissian Empire, member of their most elite strike force, and twin brother to Dame Ozma. He is an expert swordsman, receiving top honors from the Xanam Officer’s Academy. After serving as commander of three regiments of the Ganan Division for a number of years, he was assigned to the Dark Knights. His sadistic nature is evident in his actions on the field of battle and in his questioning of prisoners.

A Loslorien commander from Galius, seat of the Holy Lodissian Empire, Ozma is of the noble House Glacius - renowned for their founding role in the Galius Guild of Magi, ministers of magic in Lodis. Twin sister to the Dark Knight Oz, she wields both spell and blade with equal skill.

A Loslorien commander from Niemaran, a small town in the borderlands of Lodis. He is last born of the former Nildahme royal house, which once wielded great power throughout the Sea of Lhai region. He prefers hand-to-hand combat to swordplay and is a masterful strategist.

Warriors are mainstay melee fighters, adept with a wide variety of weapons - Jack-of-all-trades, master of none. Warriors are by no means flashy but can equip a wide range of weapons and armor, playing an active role on the front lines in the early game.

Archers are ranged attackers adept with a bow and arrow, and capable of taking down enemies from a distance. Archers use bows and crossbows to chip away at enemy health from the high ground. They’re an indispensable support class on the battlefield.

Wizards are a back-line support class that wields a wide variety of magic, from offensive damage spells to debuffs. Wizards play a vital role in the early game, showing their true worth in the hardest-fought battles.

This is a back-line support class that mainly cast spells to restore HP and cure various ailments. Clerics are mainstay healers who remain indispensable to the battle party even into the late game.

This well-rounded caster of attack and healing spells is also adept at sword and spearplay. It’s a balanced class can attack aggressively in the front lines or support with spells from the rear.

An excellent frontline class that uses its high defense and a smattering of healing spells to protect the battle party. Knights are indispensable units that serve as a bulwark against the enemy’s advance.

Entirely unconcerned with their own safety, berserkers charge into the front lines to assail their enemies with weapons bared. Berserkers boast devastating attacks, making them a valuable part of the battle party. However, they themselves have relatively weak defenses and are easily damaged.

The howls of tormented spirits can be heard with every step of the terror knight’s boots. This class is skilled in weakening enemy attacks and defense. Like the knight, terror knights take advantage of their high defensive capabilities to shield the battle party while engaging the enemy on the front lines.

This nimble class utilizes its mobility to quickly deploy its power wherever needed, whether on the front lines or in the rear. Men are called ninja, while women are called kunoichi. The ninjutsu spells they wield manipulate various spirits to unleash punishing attacks on even distant enemies