Bursting onto Switch this month 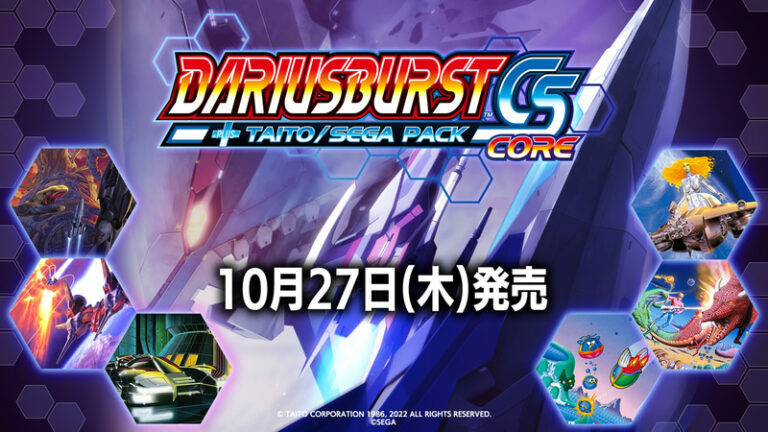 TAITO has announced Dariusburst CS Core + TAITO / SEGA Pack for Switch, and it’s set to launch for Switch in Japan on October 27th, 2022. This title will be priced at 2,980 yen.

DARIUSBURST CS Core + TAITO / SEGA Pack includes only the “CS Mode” and “DLC Mode” from DARIUSBURST Chronicle Saviours, which is available on other platforms. (The various modes within “AC Mode,” such as “Original,” “Original EX,” “Chronicle,” and “Event,” are not included.)

Experience the Vibration of the Arcade Cabinet via the Controller – One of the main appeals of the arcade version of DARIUSBURST Another Chronicle is the powerful vibration created by the speaker built into the seat of the arcade cabinet. And for DARIUSBURST CS Core + TAITO / SEGA Pack, you can experience that vibration via the controller.

In this mode, you can play with both the aircraft of Darius and those of various collaboration titles from TAITO and SEGA. Each pack contains the following units: