In Odd We Trust: A Chat with Oddworld's Creator

In Odd we trust 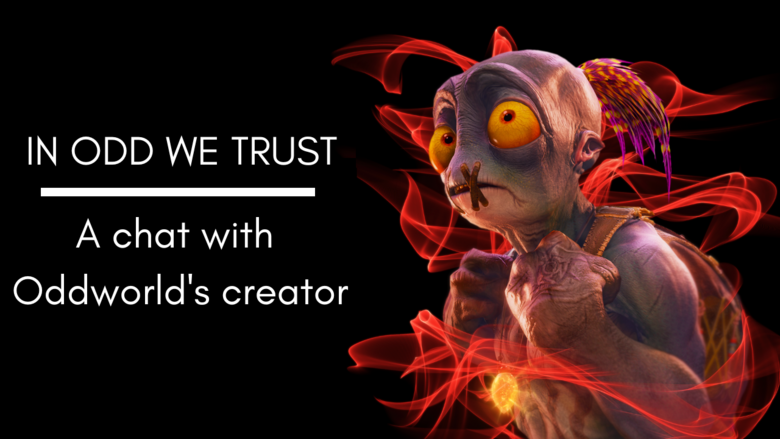 Full disclosure; I’m an absolutely massive fan of the Oddworld series. I’ve played every single entry in the series, and I was right there at the start on PlayStation. I actually got my first taste of the series through a demo for Oddworld: Abe’s Oddysee on a PlayStation Underground disc. That was a few weeks before Oddworld: Abe’s Oddysee launched for PS1, and I played that demo until I sniffed out every single secret.

While I’ve been with Oddworld every step of the way, I was always disappointed that Nintendo fans didn’t get to enjoy the series. Outside of a pair of Game Boy games, we didn’t really see anything from the Oddworld franchise until the Wii U. Thankfully, that Wii U release seemed to pave the way for more Oddworld love on the Nintendo side of things, and the latest example of that is Oddworld: Soulstorm. 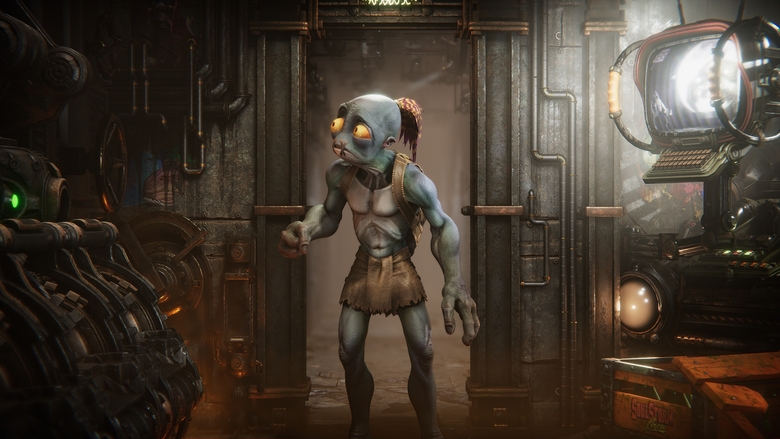 GN: What was the impetus for going back to Oddworld: Abe’s Exoddus to create a reworked experience?

LL: As we neared the completion of New ‘n’ Tasty, from both an emotional as well as a creative standpoint, we felt like it was finally time to dive back into our original idea for Abe’s evolutionary five-game story arc. That meant Soulstorm would be a complete re-imaging of what Exoddus was originally loosely based on and would be a brand-new game.

The process has also opened a discovery phase as well. As we evolve Abe and his capabilities, our storyline takes a sharper form. We’ve known the A-Z storyline through this development, but all the letters in between are now becoming sharper and that is exciting.

Starting again was a bit scary. There is always risk in bringing new art or entertainment into the world because at some point, it must stand on its own. We aimed to deliver a great game and what’s out of our hands are things like market fluctuations, unexpected global events that change public appetites or put us in lockdown like COVID-19, or a basic lack in achieving visibility for the product in a cluttered marketplace.

The decision to remake Abe’s Oddysee into New N Tasty was an easy one for us because… A) it’s all we could afford to do at the time and… B)it was the true beginning of the five-part epic. That first episode had remained largely intact as a modern fable that was reflecting contemporary times in a broken mirror, dark comedic way. So, the chance to reboot from back where we originally got the epic off track… well, it was an exciting opportunity.

GN: Just how different is the story in Soulstorm versus Exoddus?

LL: Oddworld: Soulstorm is the true sequel to Oddworld: Abe’s Oddysee. When we originally released Oddworld: Abe’s Oddysee, we were fortunate that other big games like Doom 2, Unreal and Duke Nukem slipped out of the holiday window. This left a hole in the marketplace, and we were fortunate enough to fill it. We were a holiday hit. But because of Abe’s success, we were asked to quickly create a second game and deliver it by the following holiday season. That wasn’t a timeframe we wanted or planned for, as our creative and dev process takes time to ferment into what we wanted the second quintology title to be.

So, what happened was that Exoddus wound up being produced in nine months and was a much different undertaking to what we had imagined and we had to figure out how to reuse our terrible engine to deliver a quick sequel. Which meant the original more complicated idea was out the window for 1998. But we wanted to be a good partner, so we delivered Exoddus, but Exoddus was never the true sequel we had envisioned, though the team did an incredible job and the game was many fans favorite to this day. Meanwhile, Soulstorm is the sequel story we always wanted to tell, and after the success of New N Tasty we felt it was our chance to set the original Quintology vision back into full motion. Which meant Soulstorm is a complete re-take of what Exoddus was originally loosely based on. It is a brand-new game that heavily evolves the Abe story and gameplay capabilities. 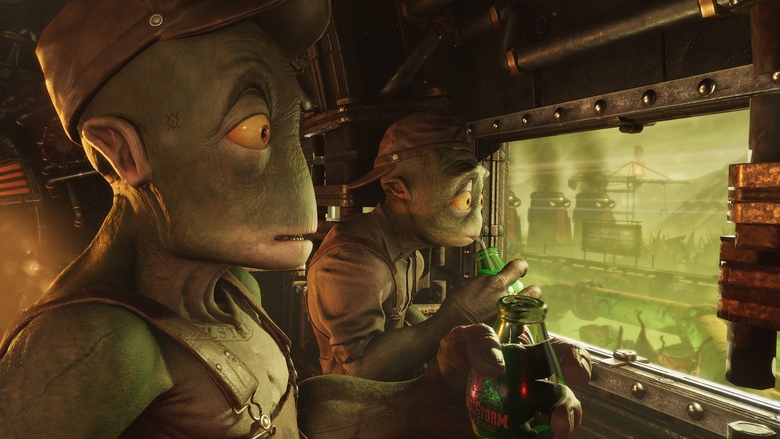 GN: Were there things you wanted to do with Exoddus that just weren’t possible at the time or got left on the cutting-room floor, and Soulstorm allowed for them?

LL: Oh yeah. One big example was the flammable brew mechanic. The system for this was imagined back in 1997, but we never got to get that liquid fire happening until 2016. I was always fascinated with visual effects and just wanted that idea where you could spread flammable liquids in a dynamic way and then ignite them in the time of need, and to watch that flame cook in a proper more believably dynamic way. This was a big one for me as it was central to the brew and also made for great molotov cocktails.

GN: For fans of the Oddworld series, is Soulstorm considered canonical going forward?

LL: Yes. The next game in the quintology will most likely pick-up where Soulstorm ends in some fashion, but we aren’t ready to even talk about the next Oddworld game yet. The five game storyline is already mapped out, but world conditions will shape that as times change in the meantime. So right now we are ideating on our next project, and we aren’t ready to talk about any new game just yet. 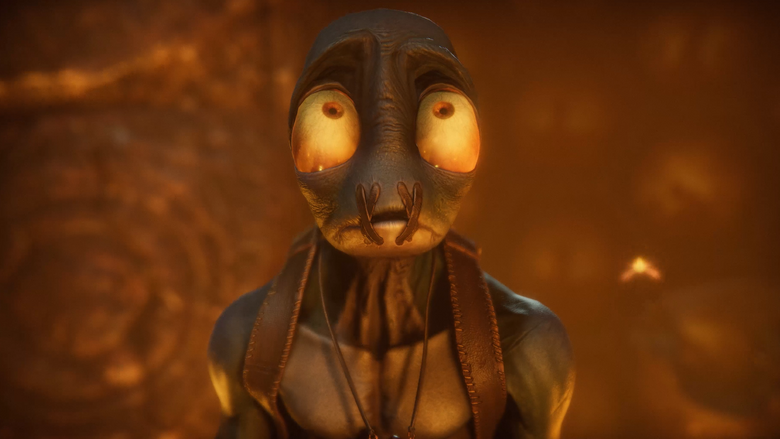 What's a Mudokon to do?

GN: How long did the port of Soulstorm to Switch take?

BTIII: Nearly a year. The teams at Microids and Unity worked on rebuilding the game to take full advantage of the Nintendo Switch console. The Enhanced Edition (consoles/PC) had a lot of taxing graphical elements that we could not just simply port over. We had to go back to figure out how to ensure we kept the deep core gameplay and heavy graphics while keeping the frame rate consistent.

GN: Just how different is the Switch version when compared to other versions?

BTIII: It has the same core gameplay, but this is not a traditional port. The teams spent a lot of time optimizing the graphics for the best performance possible on Switch. We wanted it to look amazing and be a lot of fun (and challenging) to play.

GN: How difficult was it to get the game up-and-running on Switch?

BTIII: Very challenging, the game was designed to target the latest gen consoles. The optimization lift was heavy and required a very experienced team with deep technical and creative knowledge to pull it off. But then again, all game design is challenging. We wish creating games was easy…that would be so wonderful. 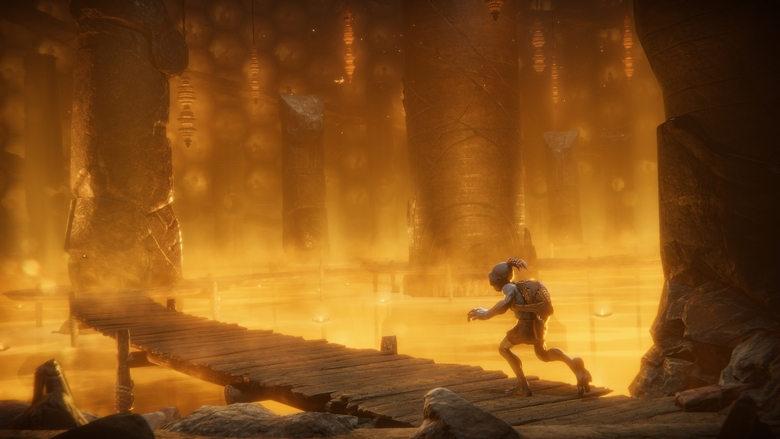 GN: Are there any areas where the Switch version has seen improvements or major changes compared to previous releases?

BTIII: It’s been optimized to achieve the best performance and visuals on Switch.

GN: What are you most proud of with the Switch version?

BTIII: I can really appreciate the craftsmanship and the effort that went into making Soulstorm on Switch a reality. Unity’s engineering, creative and production teams did an exceptional job. 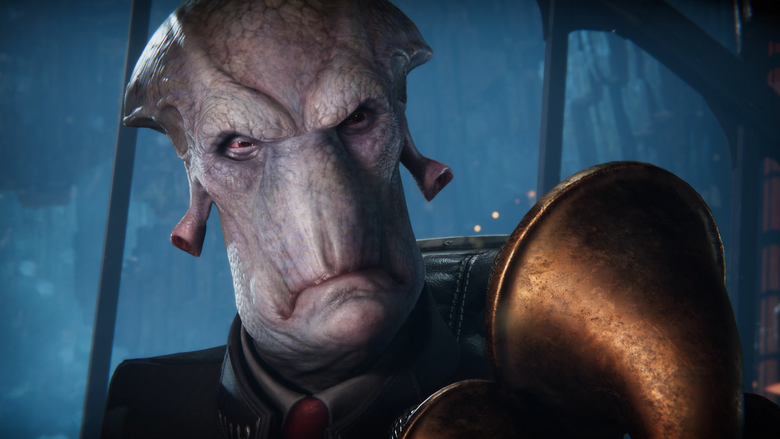 I, for one, welcome our new Glukkon overlords