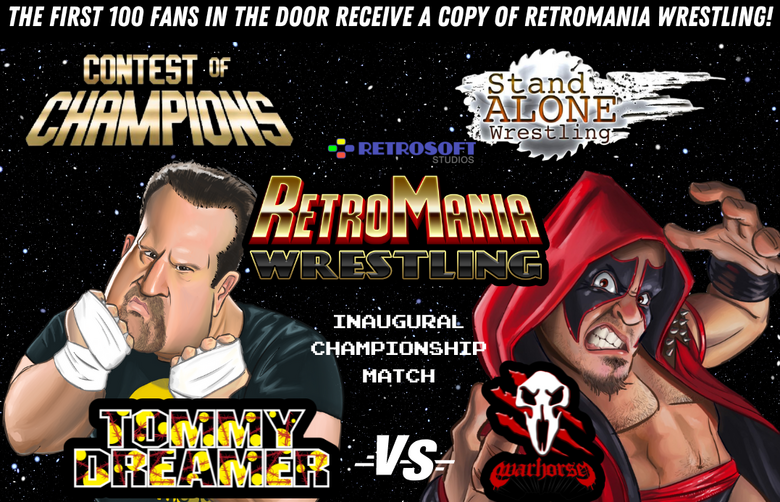 RetroMania Wrestling is a part of the Cyber Deals sale on the Switch. Right now, you can step into the retro ring on your Switch at a discounted rate of 30% off. This promotion runs through December 4th, 2022.

Along with that, the Inaugural RetroMania Wrestling Champion will be crowned at Contest of Champions! On December 3rd, 2022, Stand Alone Wrestling presents Contest of Champions, a live event going down in Toms River, New Jersey, at the RWJBarnabas Health Arena. On the event, hardcore legend Tommy Dreamer will face WARHORSE in one-on-one action, with the winner being crowed the first-ever RetroMania Wrestling Champion!

Also appearing at this event:

Several other wrestling legends including Sting, Sgt. Slaughter, Jerry “The King” Lawler, and so much more.

The match between Tommy Dreamer and WARHORSE will be live-streamed on the Retrosoft Studios social media channels, specifically on Instagram, TikTok and YouTube.