The day you've been dreading is here 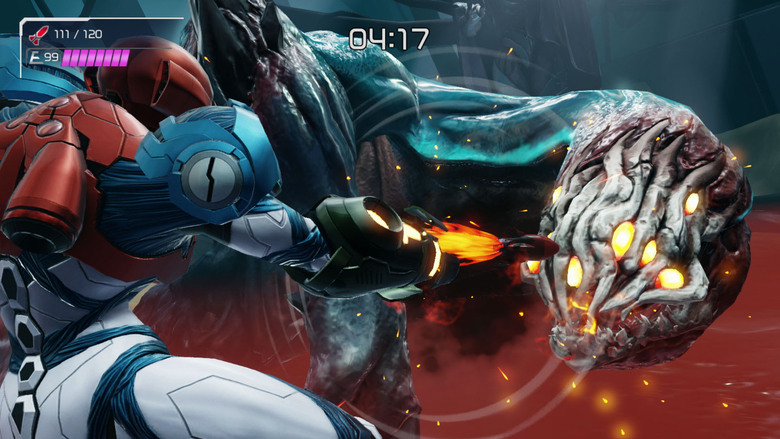 Ready to test your skills in Metroid Dread? The game has been updated to Version 2.1.0, which includes Boss Rush Mode and more. Check out the full patch notes for this update below.

Three different boss rush modes have been added to the game. Press the R Button on the “Samus Files” screen to move to the Boss Rush selection screen.

A mode where players fight 12 continuous boss battles, and aim for the best time. Any damage received is carried-over into the next fight. Weapons are fully-restored between battles.

If Samus is defeated, players may select “Retry” to continue playing from the start of the battle they lost. There is, however, a time penalty for being defeated.

Bosses fought in Boss Rush can be fought one-on-one at any time by selecting “Practice”. *Unlocked by clearing the main game a single time. (In the event that a player has completed the game before the update was released, they will be able to play Boss Rush immediately after updating).

A mode where players see how many bosses they can defeat inside of the 5 minute time limit.

Any damage received, or weapons spent are carried-over into the next battle. Even if time remains on the clock, Samus being defeated will result in a game over.

Defeating a boss will add a fixed amount of time to the countdown clock. Defeat a boss without receiving any damage to receive an even bigger time bonus.

*Survival Rush is unlocked by completing either Boss Rush or Dread Rush.

The basic rules are the same as in Boss Rush, but if Samus is hit by a boss, her energy drops to zero and she is defeated.

Bosses fought in Dread Rush can be fought one-on-one at any time by selecting “Practice”. *Unlocked by clearing the main game using Dread Mode. (In the event that a player has completed Dread Mode before the update was released, they will be able to play Dread Rush immediately after updating).

Fixed an error where the Game Over screen would not display properly when Samus takes damage and is defeated immediately after destroying a central unit.