Yes, it's been that long since its American release! 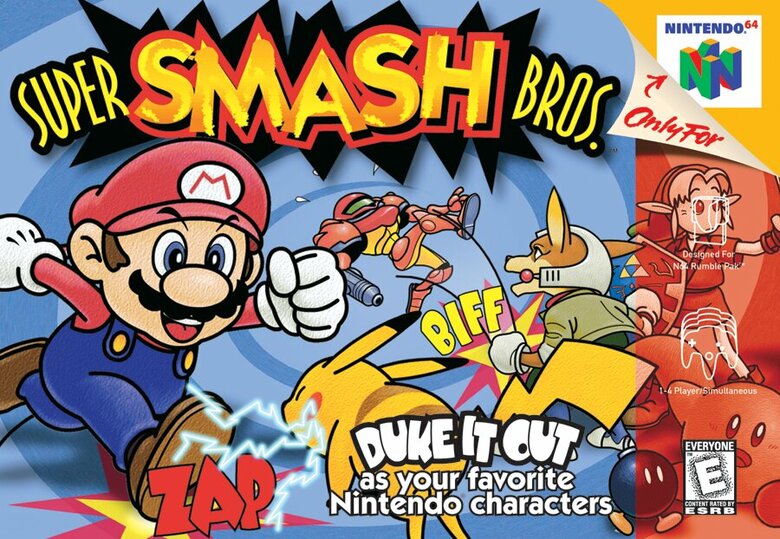 I still remember seeing the original Smash Bros. for the first time in Tips & Tricks magazine. For anyone too young to remember that monthly tome of guides and codes, it had an import corner detailing the latest hits in the Japanese market, and one such issue detailed “Nintendo All-Star! Great Fray Smash Brothers.” The feature promised the stuff of playground discourse: an all-out brawl between Nintendo’s finest. I might not have known what a “Samus Aran” was, but from Mario smacking Pikachu to Yoshi aiming a gun at Fox McCloud (Complete with the gut-busting caption “Yoshi with a gun? It hardly seems right.”), the crossover concept lit my imagination aflame and demanded my immediate attention.

Selling over five million copies, what was eventually localized as 1999’s Super Smash Bros. captivated the Nintendo public with its intuitive accessibility. Anyone can recognize the appeal behind Mario vs Link, but can everyone handle layered controls like those of Street Fighter and Tekken? Here, there are no mind-bending button combinations to unleash Mario’s Fireball: just a simple press of the B button, and you have yourself a scorched Kirby marshmallow. 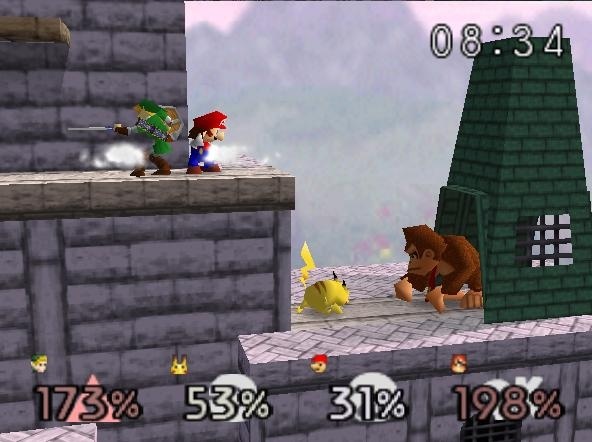 It’s here that Smash Bros’ “ring-out” design philosophy, where characters knock each other off floating platforms based on familiar Nintendo locales, achieves the nebulous balance as a competitive fighter and a party game. Or, as series director Masahiro Sakurai once dubbed it, an “opponent-based action game.” Whatever your preference, there’s an innate liveliness to it all: fighters soar from squash-and-stretch punches, dangerous stage hazards in tornados and rising lava give birth to devious strategies, and lit Bob-ombs wander into unlucky fighters. Smash Bros. is a chaotic, competitive cacophony, prime for pizza, parties and endless nights full of whoops and hollers. What better way to celebrate the end of the millennium?

Yet, how humble does it all seem now?! Its successive iteration in GameCube’s Super Smash Bros. Melee framed itself as a prestigious celebration of Nintendo’s history in everything from an orchestrated soundtrack to hundreds of collectible trophies entailing characters famed and obscure. The thing is, that stunning leap in quality pales in comparison to how the series evolved over the next two decades. We gasped when Metal Gear’s Solid Snake broke the rules by sneaking into the competition and roared with approval when Sonic the Hedgehog raced into battle. As of the latest entry in Super Smash Bros. Ultimate, the likes of Mega Man, Cloud Strife, and Simon Belmont are the latest guests in Nintendo’s reverent fight club, as it’s one that now celebrates the entire gaming industry.

In this sense, Smash Bros. has settled quite comfortably into taking us aboard its vehicle of dreams. It goes far beyond the desire to finally conclude 90’s grudge matches with Mario vs Sonic – the series’ omnipresent reach delivers countless boons upon the gaming ecosystem by vindicating lesser-known brands into stardom (Fire Emblem, Xenoblade Chronicles) and “reviving” neglected ones for both nostalgic fans and modern audiences (Castlevania, Mega Man). The latter plays perfectly into how Smash frames its character reveals as industry-grabbing events. For instance, how many of us from the Nintendo 64 shed tears of joy when Banjo and Kazooie arrived as DLC?. While we may never see a true Banjo-Threeie, at least we got to see the bear and bird reunited with their Rareware pals on Nintendo hardware. 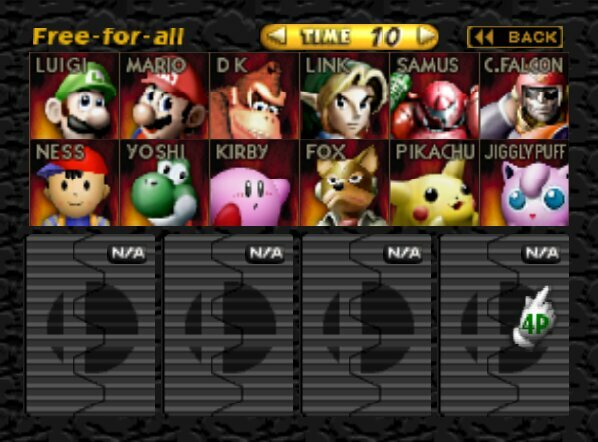 Can you believe the roster was this tiny?

All these achievements and more are enough to make Smash 64 feel more than a little, well, small. I mean this with no disrespect, but compared to the “everything and the kitchen sink” mentality that has defined so much of Sakurai’s repertoire, Smash 64 is unusually thin – a 12-character roster with a vanilla line-up of all-star Nintendo characters. Only two participants raise eyebrows now – Pokémon’s Jigglypuff was buoyed mostly by that era’s raging Pokémon fever, and the obscurity of EarthBound’s Ness blindsided many a Nintendo fan, not the least in yours truly.

There is no industry ensemble of famous game musicians arranging bombastic and inventive remixes of famous gaming tunes here. Instead, it’s just Kirby composer Hirokazu Ando putting his spin on classic Nintendo themes. (With trepidation, we once learned.) There are no troves of single-player content for players to occupy themselves with – just a homogenized arcade mode packaged with a handful of mini-games. No epic storylines rife with symbolism or exploiting the game’s crossover identity – just loose context of a child playing with their toys.

And yet, therein beats the heart of the series. Fighting games already functioned something like virtual action figures in their mashing of combatants, yet Smash’s unique platforming-based physics and kinetics molds its articulated ensemble within elaborate playgrounds. We’re encouraged to explore and prod around: we jump away to the farthest reaches of Yoshi’s Island, enticed by the tactile clouds suspended far beyond the storybook battleground. We slide down the pipes of Mushroom Kingdom, marveling at each character’s unique pose as we pop from one end to the other. 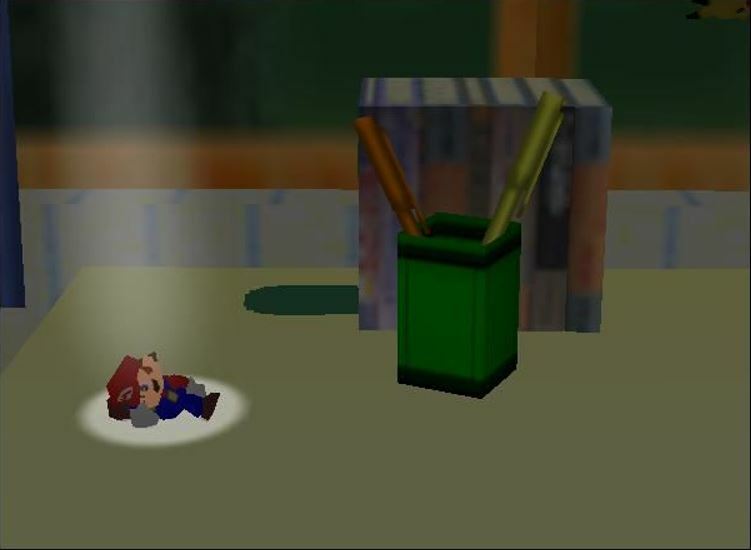 The idea of a “stage” is echoed throughout Smash 64’s identity: the game’s haunting ambience for its dark menus echoes a tuning orchestra readying its performance – the placid training music signifying actors rehearsing their roles (an idea reinforced by the series logo substituting the level backgrounds). To the fighting game veteran coming off Street Fighter, it’s a method of testing combos in this strange new venture; for the young player, it’s but another theater for the virtual storytelling they’ve crafted for themselves.

Walls melt into an arena where mischief and chaos thrive – it’s not nearly as treacherous as its Mario Party cousin, yet so much of the Smash Bros’ comedy appeals to its cause-and-effect. Building upon the examples from earlier, our fascination with Yoshi’s dissipating clouds leads to deadly games of camping, and our back-and-forth pipe antics to annoy opponents could just as quickly backfire should they eject us into a bottomless pit.

The game’s weapon collection also flexes some duality; for instance, in opening fire with the series-original Ray Gun, we don’t just observe how its killer zaps reduce characters into skeleton-proportionate caricatures – we quickly discover they juggle foes in its rapid-fire sequence, inching them ever closer to the blast zone. Even now, the game hearkens back to the age of Nintendo’s arcade era – animated cartoons whose appeal to story and player-derived irony drained our quarters. 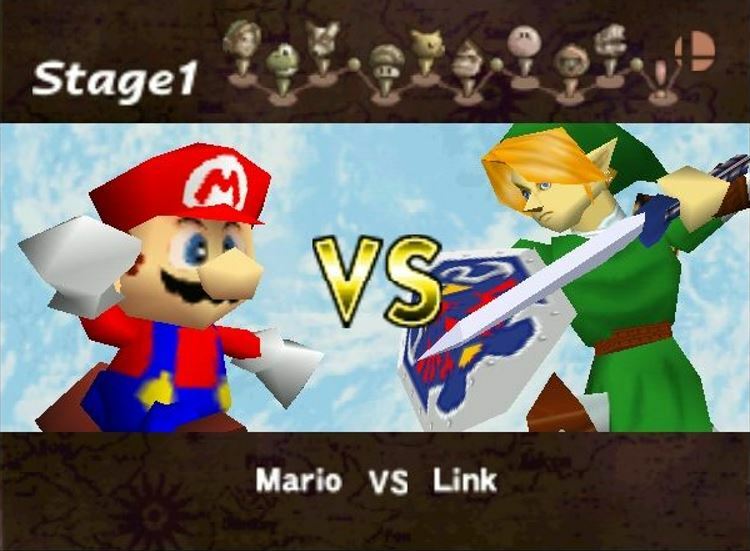 Complaints lobbied against Super Smash Bros. are hardly new ––the single-player offerings were too sparse and sterile, and the character roster too small. (We’ve since learned the former was thrown together a month before release!) I confess, revisiting the N64 original is a tad difficult with how much value and content its modern iterations offer, but I don’t hold this against the game. While the newer Smash games awe us with their scale and accomplishments, the original wants nothing more than to offer a good time. Comparisons to its successors misses the point – as a game forging new grounds, mistakes and shortcomings are inevitable as Smash Bros. realizes its identity, yet no ambition is necessary for its humbling goal to bring together players of all skill levels.

To this day, Sakurai’s mission statement of prioritizing the fledgling gamer remains something I treasure. It’s the exact philosophy that attracted me to his prior efforts in Kirby, wherein the likes of Kirby’s Adventure and Kirby Super Star felt tailor-made for younger players who found Mario and Sonic too hard. While maybe not every step he’s taken with Smash Bros. might’ve been for the best, I’ll never forget how the original represents a monumental step in my gaming career: it being the very first video game where I beat my older brother. To a first-grader finding his way in the Nintendoverse, I might’ve held my own against the CPU just fine, but he was an overpowering force of nature. I was outraced in Mario Kart 64, scorched in Bomberman 64, riddled with bullets in GoldenEye 007, and outwitted in each and every round of Mario Party. I’d grow red-faced and throw tantrums as much as I depended on his help for difficult bosses and obtuse puzzle-solving.

Along came Smash Bros. to break down the barriers: through regular matches on our favorite haunt in Ancient Kingdom, my Ness gradually prevailed over his Kirby – bats, yo-yos, and psychic powers bending Dream Land’s hero into submission. Hazy memories obscure the exact details, but maybe Smash Bros. just didn’t click with my brother. Perhaps it coincided with his fading interest in games as bands and music dominated his teenage years, but it didn’t matter. I had made Smash Bros. my own, and with Ness as my visual conduit – an unknown boy who’d strolled into the ring with Nintendo all-stars – I was emboldened to let go of my brother’s guiding hand to independently take on Nintendo’s library. 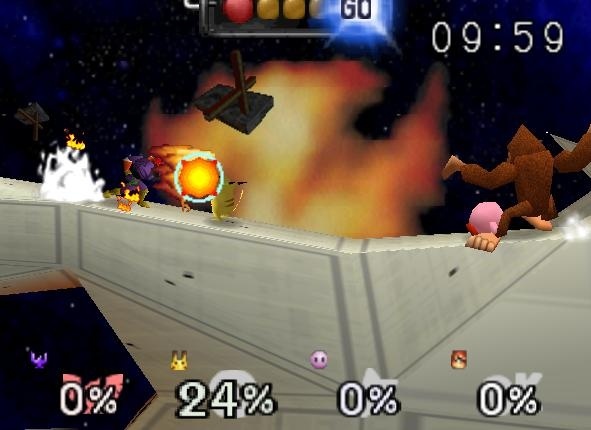 Why didn't they ever bring this stage back?!

It’s very easy to take the original Smash for granted. Some would argue it doesn’t get better than the likes of Mario, DK, and Link, and Sakurai himself has noted it’s something of a miracle Pokémon was so easily acquiesced for the series. That we’re invited to learn about fantastic new worlds in EarthBound, Metroid, and F-ZERO is but a bonus, for the miracles propagated by its sequels would never have been possible witho ut this brilliant symmetry bridging audiences together, where aimless fun with our virtual figures is as rewarding as countless hours of practice yielding triumphant victories.

With the original title’s inevitable return on Nintendo Switch Online, one wonders how young fans spoiled by Ultimate’s generosity will take to it. While some of us might feel a bit old seeing the original return, I’d like to think kids will be pleasantly surprised by its retro, compact nature. As the Japanese name for Ultimate signifies, the benevolence the series bestows upon the gaming community renders Smash Bros. “Special”. 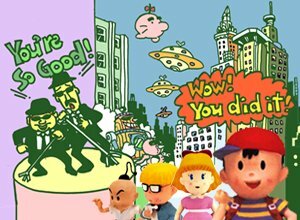 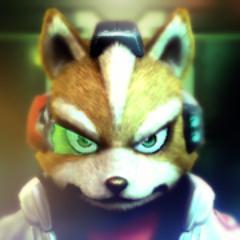