Hidden Gem "Princess Farmer" Is A Beautiful Yet Average Puzzler

Match-3 Visual Novel Dream Fails To Live Up To Potential 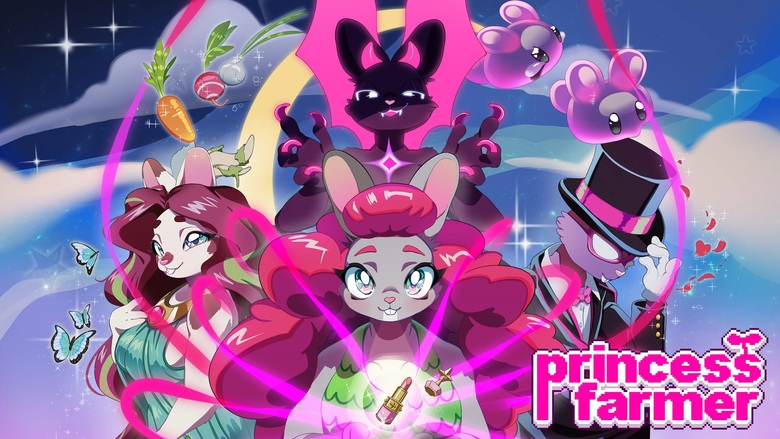 For such a simple concept, the match-3 genre is contentious. Known to most by micro-transaction laden mobile games like Candy Crush that have rendered countless bank accounts empty, the genre was originally made famous by the practically perfect Bejewelled series (not including its own mobile incarnation). Bejewelled 3 has stayed in my lineup since 2010 and no match-3 has come close to topping it, yet I’m always on the lookout for a new one that captures the same joy without breaking the bank. That’s why when Princess Farmer released, boasting match-3 gameplay combined with an adorable visual novel, I was all-in. It’s hard to deny the charm of this color-coated throwback to anime favourites like Sailor Moon, yet overall, Princess Farmer wears a little thin, as the gameplay fails to live up to the genre’s famous predecessors.

There is much to praise about Princess Farmer, don’t get me wrong. It’s a colourful, blissful game that’s main intent is to relax you. With lovely visuals, charming characters, excellent lo-fi music, it’s a pretty soothing experience. Sadly, rather than being an endlessly playable puzzler earning a permanent spot on my Switch, I think I got my fill of Princess Farmer from a single playthrough. 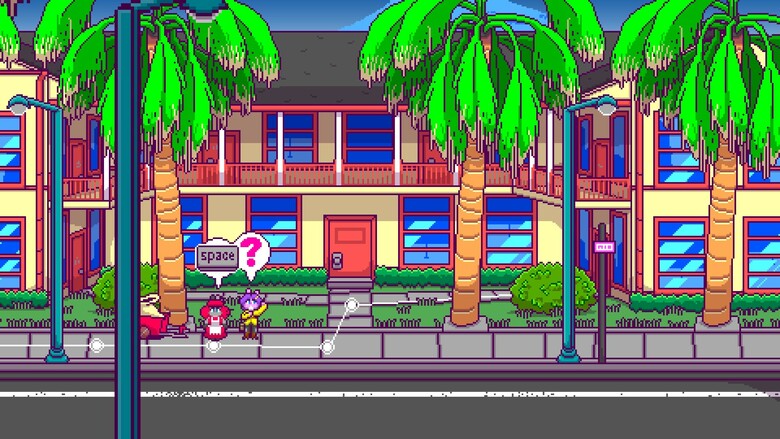 Where Princess Farmer differs from other match-3 games is the input. As Princess Farmer, you have the ability to pluck and plant vegetables from the top layer of a grid. Pluck out 5 plants and 3 carrots may line up, then replant what you have to match up some potatoes. You can focus on what’s on top of the grid, or line up combos in advance by paying attention to the entire grid. I appreciate these twists on the formula that make me feel like I am experiencing something new in a well-tread genre, but you lose the snappiness you not only want, but need in a game like this.

Each move you make feels just a tiny bit too slow, which throws your momentum off. Add in the limit on how much you can pluck (which can be easy to forget about, despite a counter) and you’ll soon find yourself failing a level without making a match at all. It’s an understandable limit, but when gameplay already feels a bit too slow for comfort, the limit becomes more annoying than anything else. When you consider the unfortunate framerate and slowdown issues in later sections of the game, the whole experience started to feel like a real slog. 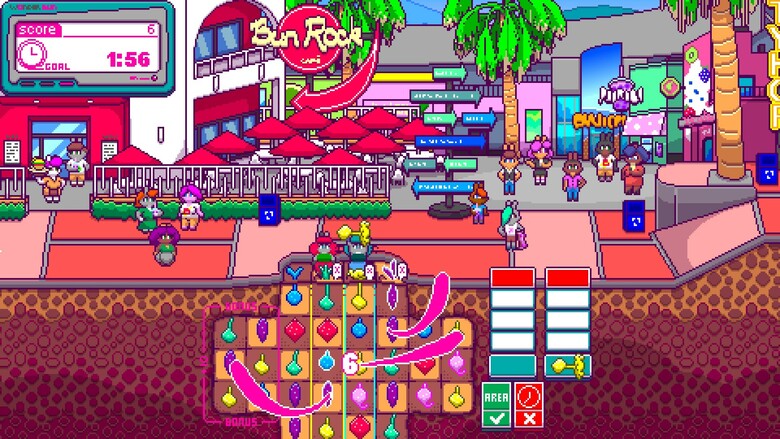 Each move you make feels just a tiny bit too slow, which throws your momentum off.

Things aren’t so slow that the game loses all appeal, but it’s certainly less rewarding to play for hours on end. To compensate, there are some subtle variations on the standard grid layout that mainly come in the form of objectives. You’re always interacting with the grid the same way, although sometimes the objective involves more than simply earning points. Slight changes include certain types of plants to match and more to spice things up. There are different grid sizes and aesthetics as well, and before each chapter, you can choose whether to have a focus on ‘action’ that emphasizes high scores, or the more strategic ‘puzzles’ option. Some are better than others, but in reality, all of these elements feel like subtle changes.

Princess Farmer is split into multiple chapters, and in each, you’ll navigate a world map (think Super Mario World) where you can choose to talk to people and engage in some story, or simply skip to the puzzles The story is simple but enjoyable, much like its inspiration, but it hardly feels like the selling point I was led to believe by the game’s description. This meant I wasn’t very interested in revisiting the story after I had finished, but for the aforementioned subtle variety, I had to. There is a quick play option that gets you straight to the gameplay, but it doesn’t offer the variety of modes like the chapters do. Simply put, I didn’t feel like slogging through the animations and loading times when I just wanted to engage with different parts of the game. 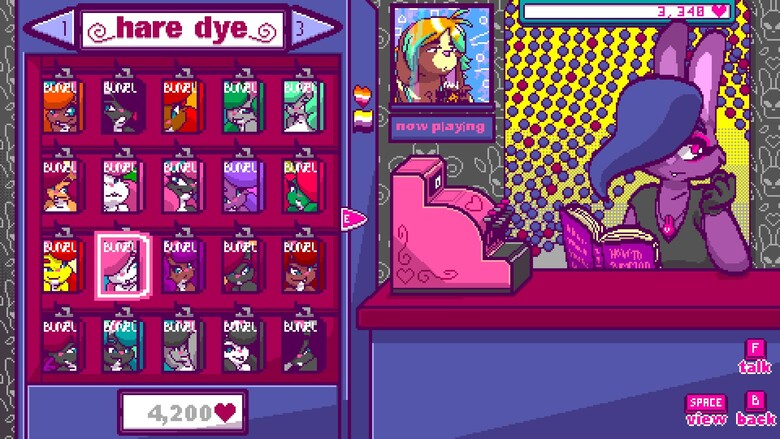 There's a shop where you can buy cute cosmetics but they don't change the experience much.

Princess Farmer has a bunch of great ideas, primarily its silly world with charming farming vibes and pretty pink picture graphics, but other aspects didn’t fare as well. Its story is simple and relaxing, but too basic to be a selling point. Also, while I loved the twists on the match-3 genre, including being able to play co-op throughout, these twists came with some detrimental caveats, making the game a bit too slow for my tastes. While neither core aspect excels, the entire package is made with so much love and joy that die-hard puzzle fans (or cute anime enthusiasts) will find limited joy, although the appeal may not stretch on for too long.