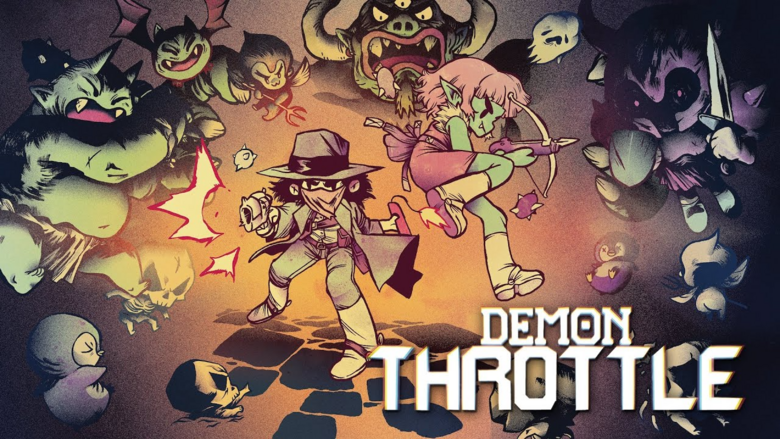 For anyone not in the know, Demon Throttle is a retro style shooter game about monsters and demons published by Devolver Digital. Thus far it has been released only in a physical format, with no plans for a digital release on the horizon. This is perhaps a risky venture in 2022, but it seems to have paid off! The game did so well, it’s now expanding to be available in more stores.

Check out Demon Throttle’s official site for more info, and see the full contents of the e-mail announcement from Special Reserve Games below.

You might also have seen a retail announcement for DEMON THROTTLE today. We’re proud of Doinksoft and congratulate them on all their success with this “little physical-only game that could.”

When we announced a physical-only game, there were many naysayers. A lot of people said going physical-only would kill this game, and ensure that nobody would ever have a chance to play it. They said a little game like this just could never compete without a wide digital release.

Well, you proved all those people wrong. You sensed something that we knew… something about DEMON THROTTLE that other people didn’t know. That it was a great game.

Going physical-only wasn’t just a marketing gimmick, it was an artistic choice that made sense for this game. That was clear, and so people like you made the game a hit, and retail took notice.

So, the naysayers were wrong and the game being physical-only has NOT prevented people who didn’t order from us being able to play the game. However, one thing that remains strictly limited, no matter what, is the number of Reserves and our numbered Singles.

Our numbering is one of the core elements of what we do, and one of the core reasons our games remain collectible and hold value on collector aftermarkets. (The other core reason is their premium quality. Everyone knows that SRG makes the highest-quality physical editions.)

There’s no artificial scarcity with DEMON THROTTLE. Anyone who wants to buy the game can buy it, without having to pay hundreds of dollars. At the same time, there’s real scarcity with our limited-edition collector’s editions of the game, but that’s also what we do. You might not be able to find those cheap ever again, outside of our Second Chance Sale, but that won’t stop you from playing this amazing game.

By the way, couch co-op is the BEST way to play DEMON THROTTLE. But don’t take our word for it… plan a #HotDoinkSummer party after you get your shipping notification! Be sure to tag us in your pics.

Thanks to Adam Bellamy for the heads up!