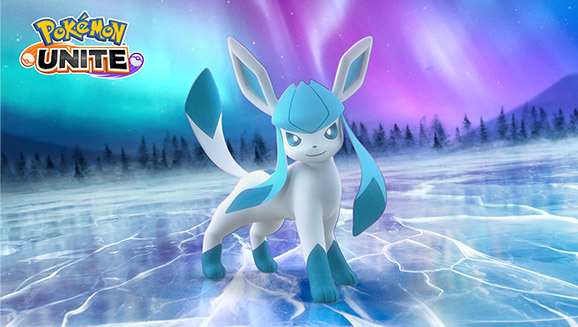 Pokémon UNITE received an update earlier today, and now official details have been released, providing more information on what’s new. The headline feature is the game’s debut of Glaceon, the ice type evolution of Eevee. Starting today, and until August 14, you’ll be able earn a license for Glaceon by participating in a special event.

Today also marks the start of “Band Style”, the Season 9 Battle Pass. This comes with new missions, rewards, fashion items, and more. To read more details about how to take part in the Battle Pass or the special Glaceon event, check out Pokémon UNITE’s official web site. You can also find some Glaceon details below.

When Eevee reaches Lv. 4 and evolves into Glaceon, Swift can be upgraded into one of two moves: Icicle Spear or Icy Wind.

At Lv. 6, Tail Whip can be upgraded into either Ice Shard or Freeze-Dry.