Sonic speeds towards the future 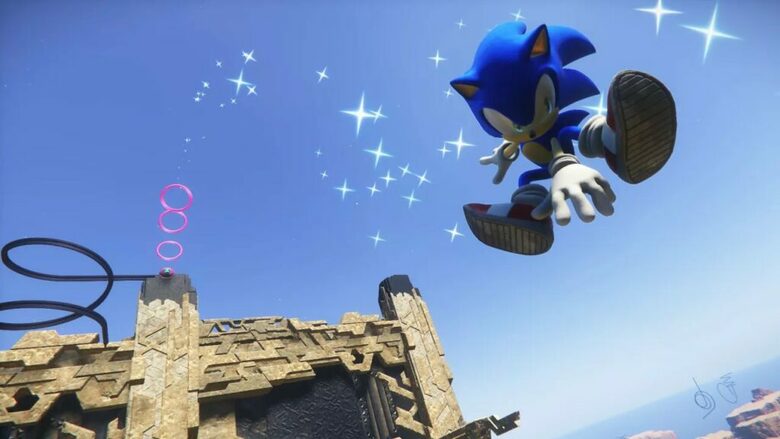 Sonic Frontiers is locked in for a November 8th, 2022 release date, and it looks to be the next big thing for Sonic. Sonic Team is striving to create something new that pushes Sonic forward, while also crafting an experience that Sonic fans will enjoy. Putting such a project together is no easy task, but Sonic Team thinks they’ve found the optimal solution in Sonic Frontiers.

With the future of Sonic resting on Sonic Frontiers, the dev team has a lot to say about the game and the Sonic brand in general. Takashi Iizuka, head of Sonic Team, has made the rounds recently to chat about all things Sonic, which offered plenty of insight into Sonic Frontiers as well as SEGA’s philosophy on/vision for Sonic. You can find snippets from multiple interviews below that cover a wide range of Sonic topics.

On unifying the Sonic franchise...

We’ve had lots of different writers involved with the Sonic series for the longest time, but in this day and age it’s really interesting as we now have Sonic in games, Sonic in comic books, Sonic in movies… we have lots of different Sonics all throughout the different entertainment mediums for fans to see. And one of the things I really wanted to do is solidify everything, get it all a little tighter in terms of a unified Sonic experience.

So what I wanted to do [with Sonic Frontiers] was make sure that, while the past comic books were its own separate thing, by having Ian Flynn – who’s doing the IDW comics – also work with us on the game… it’s kind of bringing the comics and the games a little bit closer together, in this unified Sonic experience. It’s really all about that unification, to me, and making sure we’re putting a very unified version of Sonic out there.

…even with the [Sonic] Netflix TV show that’s going to be on air soon and the [IDW] comic series… it’s always best having one universe [to connect them]. For the movies though, it’s a little too hard to reasonably incorporate this realistic-looking Sonic, with real human being friends and real planet Earth… all of those things are a bit difficult to put into the games [laughs]! But if we’re talking about the comics, the Netflix series and the games? Moving forward, the idea of trying to get all of them into the same universe – or even if it’s not exactly the same universe, at least having them feel like they’re part of a connected universe – is something that’s very important to us.

On the mystery of Sonic Frontiers...

For this title, it is really different and the whole design, not only of the world, but also of the enemies themselves, fits into this unknown element on the island. You look at the enemies and you can see that they are not Eggman’s enemies. So you have to ask yourself who is the enemy, where is the enemy coming from and what am I doing on this island? Part of the design of the enemies was embodying the mystery of the island. But also the design of the island itself has to be mysterious, because it is not like Green Hill Zone or one of the other iconic places. This all fits into the mysterious storytelling of the game.

…The music of the game fits with the mysteriousness of the island. When you hear the sound, we want you to get this mysterious feeling through the sound design. Because there is a certain anxiety when engaging with something mysterious, we wanted to make sure that this is represented when the player moves through the world. However, we still have the Cyberspace worlds which are more in the linear, classic Sonic high speed action format. The music there is going to be in a more similar style to the historic, rock ’n’ roll music that you associate with the good Sonic jam.

…we do realize that some of our fans have never played a Sonic game before or maybe they don’t like 3D games. That’s why we released Sonic Origins this June. We wanted to provide people who want a more friendly, easy 2D game format with an option. That’s the game for them. They can come in, they can play, they can enjoy. For people who have already played these games and are experienced gamers, Sonic Frontiers is the right option. But as we move forward, we want to make sure that we make different games that will be enjoyed by the entire band of Sonic fans out there and not just focus on one specific audience.

On speed alone not being enough for fun...

It’s very clear to me that just going fast does not make it fun. You could be, you know, just running in a straight line superduper fast, but it’s going to be kind of boring, you’re not going to feel like you’re going fast. And it’s really through the design of the course, and the things that you’re having to do, where you feel that speed and where you feel that fun. So regardless, if it’s a 2D game, or 3D linear zone, it’s that sensation, that feeling when you play with Sonic, that the team is really focused on.