The Legend of Zelda: Tears of the Kingdom's name leads to speculation about Nintendo UK's decision not to live-stream today's Direct

What's in a name? 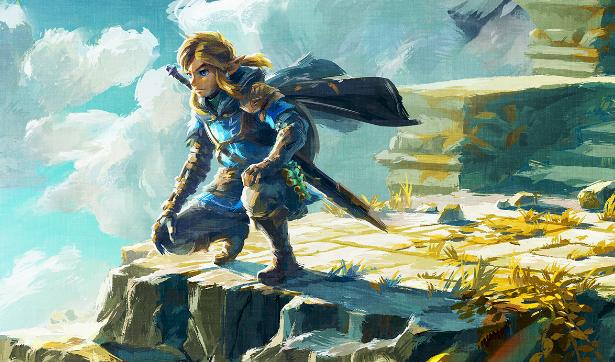 Okay, who wants to come down the rabbit hole with us? It’s going to be a winding road, but it’ll be an interesting one as well. Full of speculation and even a pseudo-comment from Nintendo, this one could potentially explain some of the discussion surrounding Nintendo’s Direct over the last few days.

If you were following Nintendo Direct rumors, you heard that Nintendo was considering pushing back their Nintendo Direct due to Queen Elizabeth II’s passing. This seemed strange to many, as they couldn’t figure out why Nintendo would bother delaying plans because of this. Some said it was related to the period of mourning, while others figured Nintendo didn’t want their presentation to get overtaken by coverage of the queen.

After today’s Direct aired, people are thinking there’s another reason why Nintendo may have considered delaying the presentation, and it all has to do with The Legend of Zelda: Tears of the Kingdom’s name.

While Nintendo didn’t delay their Direct, they decided not to host the live-stream in the UK. Instead, fans could hop on Nintendo UK’s YouTube after the Direct to see an archived version of the presentation. Nintendo made this decision “as a mark of respect during this period of national mourning.” We didn’t get more of an answer than that, but the reveal of the next Zelda game’s name seems a likely cuprit.

We can finally stop calling The Legend of Zelda: Breath of the Wild 2 by its placeholder name, as Nintendo revealed the official title to be Tears of the Kingdom. When you stop and reflect on that name for a minute, you can see how Nintendo would be extra sensitive about that name reveal in the UK. There are no doubt many who’ve shed a tear over the queen’s passing in the United Kingdom, making Zelda’s name ring just a bit too true.

Nintendo was flat-out asked if Zelda’s name had anything to do with their decision, and not surprisingly, they said they had “nothing further to say on the topic besides what was outlined in yesterday’s [Nintendo UK] Tweet.” Nintendo will likely never share the full explanation behind their decision, but this is one bit of speculation that’s certainly hard to outright deny.