A Cubone to Pick With Nintendo Switch Online

Returning to the Stadium May Break You 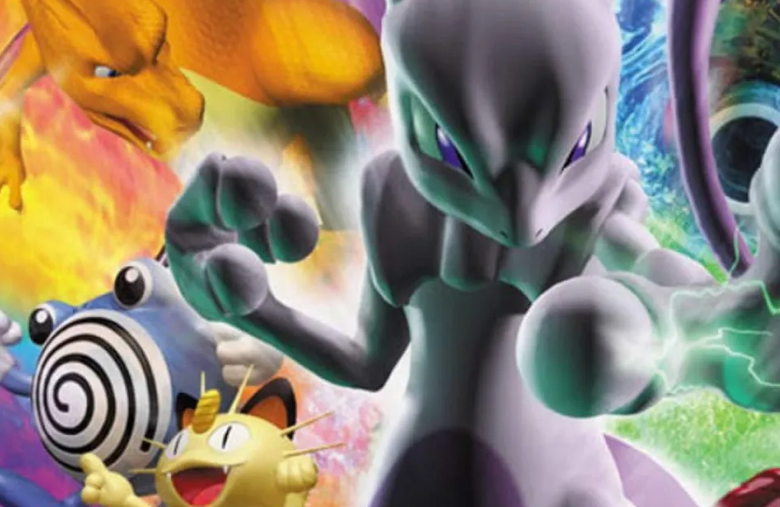 The N64 games offered through the Nintendo Switch Online (NSO) service should have been the easiest slam dunk for Nintendo. Ever since NES and SNES games became available to play on the service, gamers were foaming at the mouth for N64 games. When the N64 app was finally announced there was much rejoicing, and then the pricing to access these games turned joy into shock, and then emulation problems upon release led to horror and anger. Ever since, Nintendo has been trying to get back in the public’s good graces, and to their credit, they have been fixing the bugs and emulation problems with the N64 NSO app. Nintendo also keeps adding games, which is something players definitely want, but their most recent announcement has me mad. Not because of the game that was announced, but due to a crucial part of the game being completely gutted entirely.

Let’s start with a quick history lesson. Pokémon Stadium was the main reason I wanted an N64 in the first place. Not Mario, not Zelda, but Pokémon. Those little monsters had me constantly begging my parents for the Nintendo 64 and a copy of the game when I saw a commercial for it on TV. Why was I begging my parents for this game? To me, the best part of Pokémon was the battles. Playing the original Game Boy game, I constantly searched for trainers to battle and stomp on. When I saw that there was a game where all you did was battle AND there were 3D models of my favorite Pokémon, I knew I had to have it. Even when the N64 games were announced for NSO, I hoped they would bring in the Stadium titles. Especially now, since a loose cart of Pokémon Stadium 2 will cost you around $71 according to Pricecharting. Now you might be thinking to yourself, “But Ben, Nintendo DID announce these games. Both of them are coming next year, why are you upset about this?” I’m upset because these games will probably be nigh unbeatable with just the rental Pokémon available, and you won’t be able to transfer your Pokémon into the games. 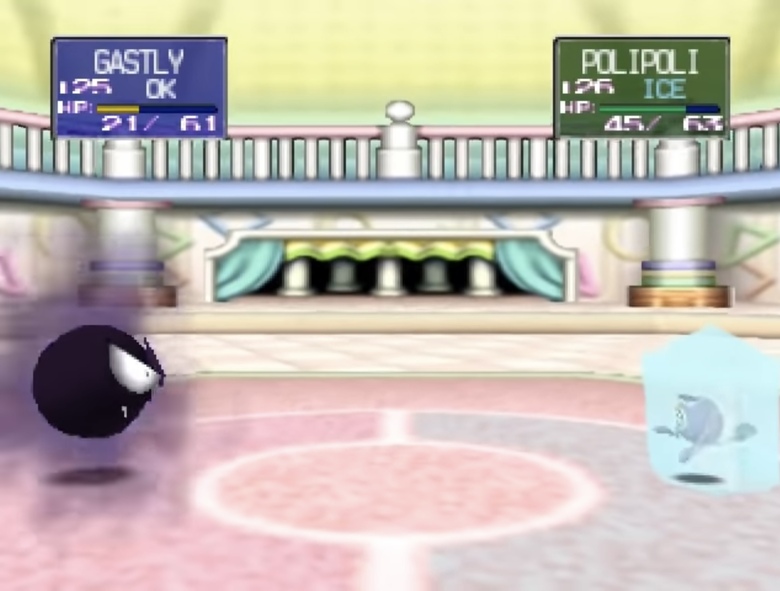 Gastly Vs a Frozen Polliwag

If you were lucky enough to get a CIB copy of Pokemon Stadium back in the N64’s heyday, you also got a neat add-on for your controller. This add-on was Nintendo’s Transfer Pak which would allow you to transfer your Pokémon from your own game to use in Pokémon Stadium. Not only could you transfer Pokémon, but you could also play your Pokémon game on TV as well, letting you train them up for a tournament. Even if you bought the game loose back in the day and didn’t have/never got the Transfer Pak (like me), not all was lost. The game lets you “rent” Pokémon for whatever tournament you wanted to compete in, so you could still enjoy the game. The game doesn’t tell you that the rental Pokémon available to you have horrible move-sets and spike the difficulty immensely in the middle and end-game tournaments. I still have vivid memories of playing in the Great Ball tournament with a rental team and constantly losing in the 8th and 9th rounds. Beating the earlier tournaments like the Poké Ball Tournament was easy enough with the rental team, but the more I played, the more I kept losing and not wanting to play at all! I’m not saying these games are completely unbeatable with the rental teams, but I’d rather not constantly pray to RNGesus for a miracle.

If you look at the fine print in the announcement trailer, you’ll see Nintendo stating that no Pokémon can be transferred to these games. Fellow GoNintendo writer and contributor RMC wrote a piece explaining this, which you can read right here. Now it’s understandable why Nintendo won’t make transferring Pokémon from Pokémon Home available for these games. Since their release, new types and moves have been created which won’t work with the original N64 games. Also, as RMC stated, this feature could’ve been just too complicated and too time-consuming to put in. Plus, not many gamers use the Pokémon Home app, and keeping track of which Pokémon you could put in the game may be more trouble than it’s worth. 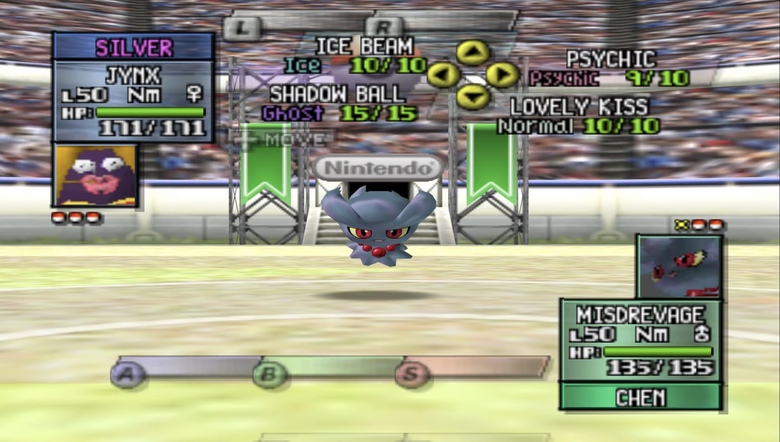 As of this writing, Nintendo has not commented on anything else regarding the Stadium games. All we know is that they will be added to the service come 2023. There can be some hope in Nintendo easing up the difficulty of these games with rental Pokémon, but looking at their track record, that seems unlikely. The NSO games are straight ports for the most part, with the only added feature being online play in some of the games. We don’t know if online play will be available for the Pokemon Stadium games just yet, but considering how popular the mini-games are, I’m sure they’ll find a way to add online multiplayer.

What I want from Nintendo for these games is a big ask, but I feel Nintendo has the resources to do it, and it would make playing Pokémon Stadium 1 & 2 much more enjoyable. Not only are the Game Boy towers still there, but from the first time you click on them, you are given a choice of which version of Pokémon you want to play. Red, Blue, and Yellow for Pokémon Stadium, and Gold, Silver, and Crystal for Pokemon Stadium 2. Not only could you play these games, but you can also transfer your Pokémon from them to use in the tournaments for the Stadium game of your choice. You won’t be using Pokémon Home, and when you save the game, it’s just added to the save file you already have for the game in NSO. With this, you can train the team you want and you wouldn’t have to worry about the difficulty curve mid-game. This would no doubt be considered Nintendo throwing a bone to fans who desperately want a way to play these games on Switch. Yes, they would be the original versions of the game and to play them you’d have to jump through a few hoops, but the fact that they could be playable is more than enough. That said, this is the modern Nintendo we are talking about, and the chances of that happening are slim to none. These games may have the Game Boy Tower, but if you were to click on them, you’ll most likely get the error message for not having a Transfer Pak. On the off chance that Nintendo DOES surprise the world and makes the older games playable through the Game Boy Tower, then I totally called it. 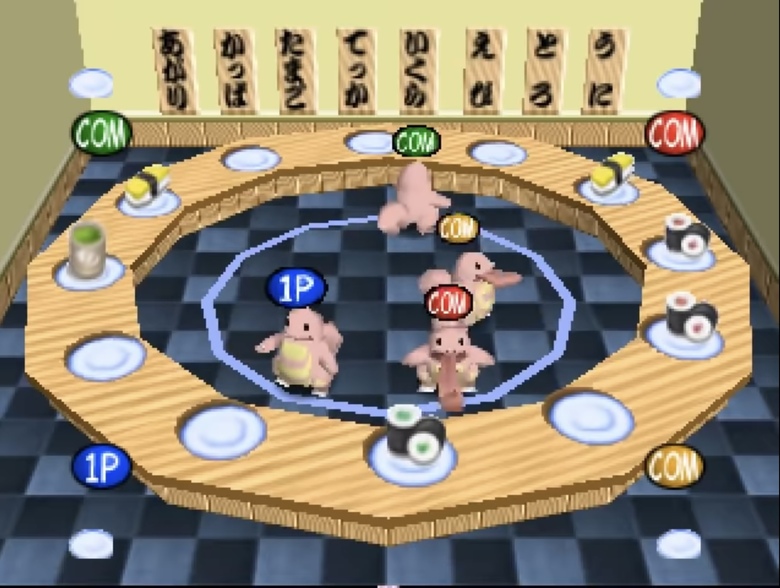 Even though I am mad at Nintendo for the potentially bare-bones Switch ports of some of my favorite N64 games, I would be lying if I said I wasn’t excited. While the main draw of the Pokémon Stadium games are the battles and tournaments, it’s the mini-games that make people stay. Honestly, these mini-games could be the main reason why people will play these games when they release. That said, these games and the others announced could be a turning point for Nintendo and the NSO, making the service more worth the asking price. There is so much potential here, but until Nintendo finally steps up and does something, I won’t hold my breath. Their track record says that they will fix the bugs in the ports and add online, which amounts to nothing truly substantial, thus making me quite disappointed.