Masahiro Sakurai: Well then, I would like to ask about each of your new games. First, Dragon Quest XI. The 11th installment in the series will be released simultaneously on Nintendo 3DS and PlayStation 4, and including NX it’s coming out on three platforms, right?

Yuji Horii: That’s right. The use of hardware is different for each system, so it’s quite a challenge.

Sakurai: Thank you for working so hard.

Junichi Masuda: I get the feeling that means there will be four versions across three platforms then, yeah?

Horii: That’s right. There are a lot of difficulties because of that. Each one has a different look to it, and there’s also a PlayStation 4 version, so if we make a small fix then we have to fix it across every version.

Sakurai: I see. Including things like the release date, it gets dreadful when development is inevitably drawn out and the debugging piles up… But shifting away from the release date, they’re not going to be released apart from each other, right? Since Dragon Quest games are story-driven.

Horii: That’s right. Spoilers will emerge if we release one version earlier. (Laughs.) However, we’re a little concerned about the sense of distance in movement. It’s different for each of the supported hardware.

Sakurai: Oh, is that so?

Sakurai: I made Super Smash Bros. for 3DS and Wii U at the same time, but it was nevertheless difficult. Since you’re making it for hardware from different companies, I would think that it’s even more difficult, so please by all means do your best.

Horii: Indeed. All of the staff is working very hard, so please look forward to it.

Thanks to Dakhil for the heads up!
Source: Link
Rating: 17

That's a huge game being confirmed. I have a very strange gut feeling, that this is the week Nintendo is finally going to say something regarding the NX reveal. It's been a very long wait, but I have this feeling that our patience is about to be rewarded.

Yeah, Sakurai is important enough to Nintendo for me to think it significant that he's talking about NX. I can't believe it accidental that he basically insisted DQXI be confirmed.

This guy has a scoop RMC!! Guaranteed legit NX rumor.

Spoiler
I hope you're right

Awesome news! Hopefully this one gets brought over.

Alright! Another one we are gonna have to wait years for to be localized!

There you go Sakurai, asking the real questions.

Damn, Sakurai trolling even other developers.

That screenshot is sexy, wish Zelda BotW looked like that.

Great screenshot, I agree, but I would have to disagree on the BotW bit....Zelda looks waaaaaay better.

I think this is more support that the NX will have some form of portable built in. I would bet that the NX is very close to the 3ds game version.

This screenshot reminds me of somethink. Oh yeah, this. 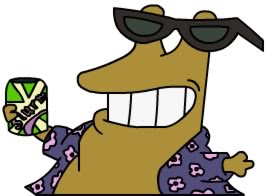