GameSpot's The Lobby - Is Metroid Prime: Federation Force Any Good?

Those are fair points. The game I find it worth it mainly playing with randoms. Not only because it makes the game easier and more enjoyable with letting the squad separate on some missions, but also because that's arguably the best part, the team play and how the level design never in my time playing made it confusing what each teammate had to do.

With all that said, I'm not a shooter guy, but I can presume there are better options on the market for this sort of game type. On it's own I can't call it a bad game since aside from presentation it plays fine. I suppose for me what it lacks it's mainly ambition sine even lore wise is cut way too short.

I've been doing solo and it's been surprisingly enjoyable so far. The problem is, it really just makes me crave another Metroid Prime game... or even a Metroid Prime 3D

Yeah, but I think it's a situation like the clone characters in Smash. Making this was more possible to do than a new Prime entry, considering Nintendo situation, the console shift and their incapability to found footing in the HD generation of gaming, I think they weren't ready to take the next step forward. I'll just say unlike Capcom they seem willing to make a new Metroid game when they're on better terms in the market.

I imagine the way it works is more like Nintendo looks at what teams they have available instead of what series needs a new game now. They saw Next Level was free and just saw what they could do... probably a multiplayer focused 3DS game in it's original pitch, is my guess. And that's not me deconstructing MP:FF, that's just based off their success with Luigi's Mansion 2

Yep, just how the gamepad is the reason for a new Star Fox game it is stated it wasn't the other way around.

Yep. And then somewhere along the way, someone at Ninty said "Hey, let's make this a Metroid game" not unlike what happened to Dinosaur Planet.

This is incorrect. The concept for Federation Force was conceptualized sometime during MP3: Corruption's development by Tanabe and was always intended to be based in the Metroid universe with the Federation vs the Space Pirates. It was never in any way a situation comparable to Dinosaur Planet where the game's concept began as one thing and was injected with themes from another Nintendo IP after the fact.

I'm sure that's correct. But I believe Tanabe had just a concept which was then married to a nameless project demo submitted by Next Level.

Next Level Games were chosen because they were a studio that was free at the time and had experience developing on the 3DS hardware. There wasn't an existing multiplayer project they had in development that Federation Force was adapted to at least nothing that any interviews provided regarding Federation Force's development has yielded as far as I can recall. According to Tanabe the game had been in some form of development since 2009 when it was originally intended for the DSi so there was already some working framework in development for what the game would be.

Hmm... well, maybe so. I still don't thi k it's an unreasonable guess especially since Nintendo always cite their process of coming up with compepelling gameplay first and then figuring out which franchise best sticks to it.

I think I take the middle ground here. People restrict what a brand can be , and Nintendo needs to learn niche series are better to be expanded than contained to fit on smaller projects.

Imagine the scenario of Project STEAM being released as Steampunk Fire Emblem. Same artstyle and gameplay as Project STEAM had... but they tailored the characters and setting off of thr Fire Emblem universe instead of American folklore. 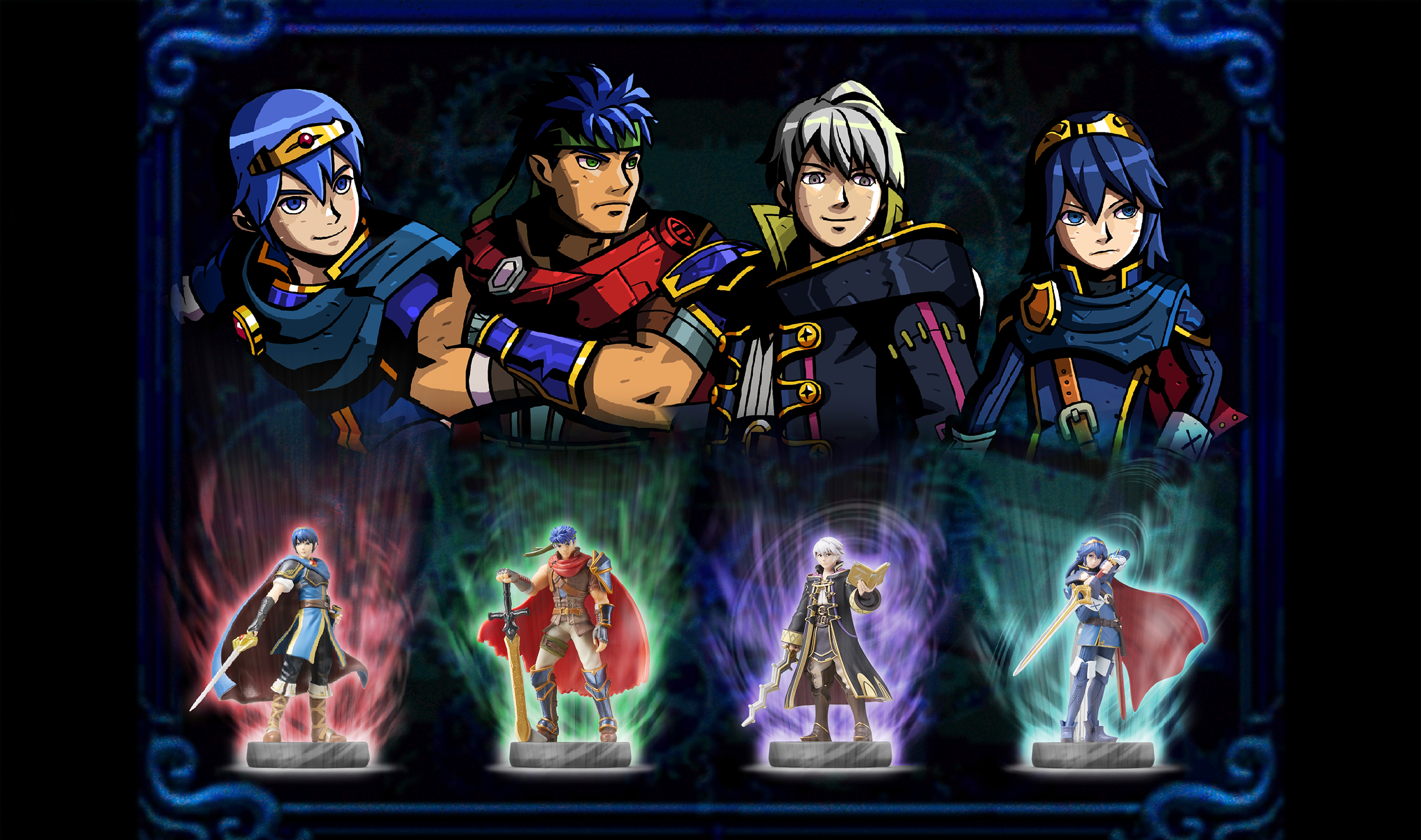 The original STEAM characters are a mixed bag.

My point of the hypothetical was more what if IS had relied on a preexisting brand to present a new type of game.
Of course they didn't and imo that's the thing to do... but has it sufferes a bit being a brand new series?

Not all brand new series can be as successful as Splatoon, nor do all series will end in obscurity as Codename STEAM. It's a bet, and I think that's why you rely on something that's already popular if you're gonna give it a big budget. Just like movies.

How hard would it be to make the "hard mode" the 4 player mode, he says?

I don't think that's the right question to be honest.
I mean it's better to have options anyway so the question would be "why can't I select hard mode right away?". And that's a valid question for some other Nintendo games too. I'm thinking about Zelda specifically. Why can't we pick hard mode from the start. I mean now we sort of can in recent Zelda remakes but I sure hope they will keep doing that with new entries. Unfortunately ALBW got back to the old "nope you have to unlock it" formula.

Give us options to help us enjoy your games. Especially when it comes to a multiplayer game. Give us options. That way people could pick an easy mode in solo and harder mode with three or four players. Super players could have fun playing hard mode on their own. Everybody's happy.

Yeah, I really wish Nintendo would warm up to including more player options already. I still think something like Metroid Prime 1 and 2 was perfect. Not only could you choose the difficulty of the action, but you could enable and disable the hint systems at any point... it was perfect, but even future games in the same series stopped including such options.

Zelda could really use this sort of thing. Hell, I might have loved Skyward Sword if I could have turned off Fi and increased the difficulty a bit. I'd very much like for my BotW experience to be reminiscent of the original Zelda. I want to actually fear enemies, really need restore hearts when I find them, and I don't want the game holding my hand in any way. Options could make that possible for me while also making the game simply accessible and fun to a newcomer.

It all just seems like a no-brainer for a company that wants to make games for everybody.

It all just seems like a no-brainer for a company that wants to make games for everybody.

Exactly.
It's in their philosophy. It should be there.

And I mean, not every game needs it. Mario handles difficulty in a spectacular way. No difficulty settings and yet the insane amount of post game content and tendency to add challenge mode and speed run mode lately, all of this makes Mario work great WITHOUT difficulty settings.

But Zelda for god sake. I've said it a million times already but the best Hero modes in the series are OoT and SS. The difference is that OoT effectively gives you an opportunity to replay the game, because it changes the layout. So having to unlock it makes perfect sense (well apart from the remake where they could have figured out that a lot of people would have already played the game and they should have unlocked it from the start in the remake, the same way they did for the other remakes).

But SS hero mode is different, it is really just a hard mode. And it's awesome. It's got less hand holding, no hearts, it makes you use potions and crafting a lot more, to the point where they become central gameplay elements even though you could play the whole normal mode without really paying attention to them. It makes you care about patterns, care about treasures and upgrades, care about money, learn enemy drops, use mechanics that were anecdotal in your first playthrough. This kind of hero mode makes you play the exact same game in a whole different way. It should be available from the start. I don't get it. Hell, I would even go as far as to say that SS hero mode was probably the early stages of what eventually led to BOTW. No hearts? Recipes? Crafting? Strategic combat? Stamina meter? Does that ring a bell?

I don't understand why this difficulty mode was not available from the start. I'm pretty sure SS would have gotten better reviews if it had it unlocked right away.

Nintendo games in general need more options. All games should have mapping buttons and difficulty settings at least. And yes toggle on and off hints in adventure games should also be a given.

Is Gamespot any good?