Visit http://www.nintendo.com/ on Thursday, October 20 at 7 a.m. PT / 10 a.m. ET to be among the first to discover Nintendo NX. This preview trailer will serve as Nintendo's preliminary announcement of information regarding the platform. 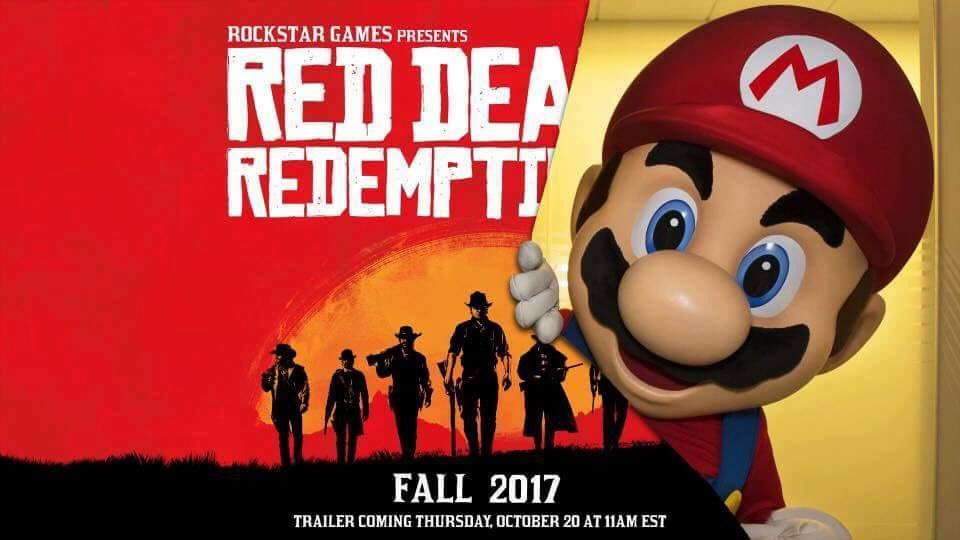 They're calling it a Home Gaming system. Gasp! dare I say the hybrid is no more? Or are they being even more subtle?! I should really sleep until 7am...

Still could be both. As long as it has some sort of home component, it's still a home gaming system.

What if it was backwards compatible with both Wii U AND 3DS?

Would be effin great.

Time to get this party started...

Finally the Rock has come back to... Oh wait.

This calls for a group hug... *opens arms*

Yay! A taste of the home console! Sweet!!

no youtube link? if it's the site only so much traffic will make it crash

It'll probably just get posted straight to youtube and not be a stream of any sort. It's just a trailer.

has it been confirmed for no livestream?

They literally said it's a preview trailer. What kind of trailer is livestreamed?

The short Pokemon Sun and Moon reveal trailer was livestreamed.

idk lol i was unsure

It's going to be pretty much like the Wiimote, 3DS, Wii U's original teaser videos.
Which is fine by me honestly, but I can see the meltdown tomorrow when it doesn't meet people's expectations because of the hype.

I wonder how long NeoGaf will be down tomorrow...

Oh shit this came out of nowhere.

Now I'm scared. Rumors tossed aside, what will it be? Will it be a gimmick filled system that's hard to use, or will it be something great like the Wii U, GBA or N3DS? (in terms of game quality and OS design)

Heck, what will the launch games be? Will we finally get a real 3D mario for the first time since 2010? (Or not counting direct sequels, 2007?)

Will Japanese third parties step in to add a nice lineup, or will it be mostly half-assed ports again from western devs?

I'm honestly nervous. Mostly because I want a nice, varied lineup and a good OS with extra nice things like achievements/rankings/etc but I also don't want something filled with gimmicks nor something that appeals to the american hardcore crowd (That's a job for the Xbox brand)

Trying to keep my expectations low because it's only three minutes...hope we see a game or two. Eleven hours to go.

Few spec's & price info that is all.

As long as we see the System, Price, Controller, and Breath of the Wild with Mario teased at the end with the more info November whatever day I'll be excited. but I am keeping myself on a disappointed level until then.

3 minutes? Hopefully they don't spend the entire thing showing off a silhouette with a power LED.

I laughed at this more than I probably should've. V:

Plot twist: RDR2 will be released on NX alongside PS4, Xbox One, and PC. Calling it now!

Spoiler
And prepared to be 100% wrong!

Lmao, this is the best yet, keep up the good work!.

Clever Girl...
This pic is gonna be used for sooooooooo many memes.XD

oh yeah the meltdown will be awful tomorrow, especially with the youtubers now , so many channels to unsubscribe. well the good thing is for me , it's a real thing ! I was starting to doubt that.
still the "just a gimmick" tomorrow is a given. I am predicting 3-4 thread with that type of subject on every gaming board . oh and under-powered that's another predictable reaction.
just ten hours ? yeah
I'll be disappointed if it's the controls are just well the wii u. And I love those controls.

"Information regarding the platform"... I don't think they are going to show what it looks like & will just talk about what some of the things it will bring to gaming. Be ready for a let down when Nin doesn't talk about the secret it has been holding back on it until next year. Like they said last year that this year around the fall they will talk about a few spec's or price for the NX.

I knew RMC was in on this!

Please be good. Need a fresh start with no ties to the Wii brand (not including backwards compatibility).