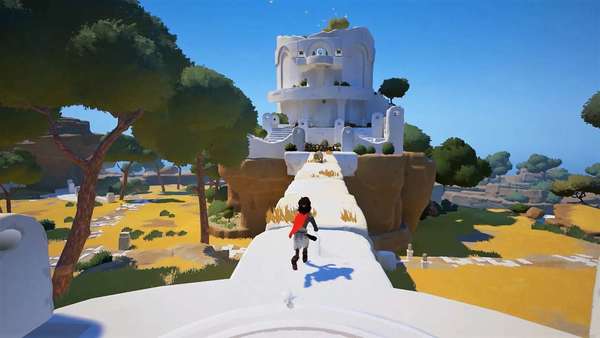 Looks like there might be more trouble ahead for RiME. According to Nintendo.com, the title is now set to ship sometime in Winter 2017. We'll try to get an official statement from Tequila Works on the situation.

UPDATE - Our friends at NWR got a statement from the publisher, Grey Box

"RiME is in active development for Nintendo Switch and does not have an official release date at this time. We are committed to giving fans a high-quality experience and will share more information with the community through our official Twitter and Facebook when it is available."

Or they're taking more time to ensure it is a good port?

With how often Nintendo is screwing up dates according to a few indie devs, I wouldn't be surprised if Nintendo took this change upon themselves.

Regardless, a delay for it isn't necessarily bad. I'd rather then take more time if it's needed.

I was fine with it being a summer or even Fall release, but winter seems silly... Yet even then, it would be worth buying over Yooka Laylee since it has a physical release AND a soundtrack bonus to make up for the extra price

I finished the Game twice with Platin a few hours ago on PlayStation 4. It was a emotional journey and absolutely above my average expectations. Currently, there is no need to go back to the Game, without any trophy support it is even harder to find a reason to go back. Paying 45 Euros, even including a digital Soundtrack (yes, the music is great) is almost hilarious and I guess this Version is coming too late. RiME is bringing the normal PlayStation 4 at it's limits. I can't believe the Switch Port will see a release without heavy technical sacrifices. RiME is pretty heavy on lighting and other pretty awesome effects which are devouring pretty much power of the system. And they really messed up the Framerate on the normal PlayStation 4 (it's smoother on the Pro). The Switch Port will be a hard challenge for the developers and I don't expect a release any time soon.

without any trophy support it is even harder to find a reason to go back.

This is what I fear the future of "gaming content" and "replayability" are becoming in general. You'd be surprised how often that excuse comes up to play or not play a game.

Not saying that what you mentioned isn't valid, it absolutely is, since games SHOULD be about going back and enjoying the experiences within. But I think many will see more on this comment as another reason Nintendo failed (artificial gold stars for nothing gained) instead of reflecting on what game's actual merits are.

I agree completely. I originally purchased botw on Wii U because I had little intention of getting a switch. I played the hell out of that game but I ended up rushing to Hyrule castle so I could lend it to a coworker who I convinced not to buy a copy. I had every intention of going back to the game once he was finished and even picking up the DLC but E3 rolled around and Nintendo's announcement of Metroid Prime 4 had me looking into getting a switch. I ended up selling my Wii U and all it's games to fund the purchase and I actually had to ask my coworker for my copy of botw back to sweeten the deal as I had every intention to buy the game on switch again, it's that good.

So I got my switch early last week and I bought another copy of breath of the wild which I'm making decent progress on again without any need for trophies/achievements. I wouldn't want that to be the reason why I would go back to a game that good anyways.

If the Game is giving you enough replay value (Mario Kart 8 as an example, Breath of the Wild due to it's post game and DLC), the lack of Trophies are no big deal. When we talk about Games like Rime, this is another story. The Game gives you almost everything it has to offer after a single playthrough. You won't get any rewards for completing, not even a Gallery Mode will unlock. Trophies were my reason to play again through the Game and I enjoyed it. But there certainly isn't enough value to justify a third playthrough.

What I don't get is why Nintendo isn't using MyNintendo for something good. Ironically, they added rewards for Super Mario Run and Fire Emblem Heroes. In-Game Achievements with it's reward waiting for you at MyNintendo. We all know the Service is a wasted opportunity for two years now. There is a Switch Section available which is still locked.

Delaying a game is always a better decision, than releasing a unfinished game and finishing it at the time when people already playing it.