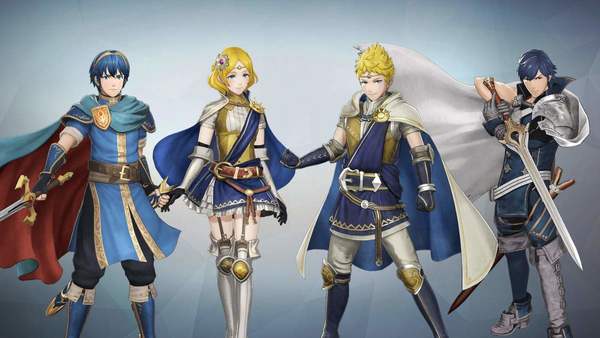 A portion of a Nintendo Dream interview with producer Yosuke Hayashi and director Hiroya Usuda, as translated by NintendoEverything...

ND: Could we hear about the details of this game’s development?

Hayashi: With games like 3DS’ Samurai Warriors Chronicles, we included a rather tactical gameplay feature where you could switch the player character real-time on the lower screen. That was accepted very favorably, so we also included that when we made Hyrule Warriors Legends for 3DS. Although the amount of characters shown [on screen] was inferior to the Wii U version, I also think it had a deeper strategic play. When I thought ‘If we put this into the weapon triangle of Sword, Spear and Axe, it may really fit with Fire Emblem’, that was the trigger.

Hayashi: I was instantly able to imagine an image of [ordering] a Cavalier to go to ‘this spot’ and annihilate [enemies with] good advantage. So from there I contacted staff in our company who like Fire Emblem, giving them ‘a top-secret mission’, and we created a proposal document for Fire Emblem Warriors where we ‘want to make a Warriors where you hack and slash while switching characters and classes’.

Hayashi: I didn’t talk to anyone else in the company (laughs). After that, when we had a chance to talk with Nintendo, [offering us] to ‘do something together on a new console’, I felt ‘I’ve been waiting for this! Please let us do it!’ and delivered the proposal on that day.

Hayashi: When we did that, Nintendo said ‘It’s good’, so the production was immediately decided.

Usuda: I didn’t know about this interaction at the time.

Hayashi: At that time, Usuda was still doing his utmost in creating Hyrule Warriors Legends. So I called him in for a brief chat and asked him ‘Do you like Fire Emblem?’ (laughs).