World to the West still coming to Wii U, Switch version to support HD Rumble 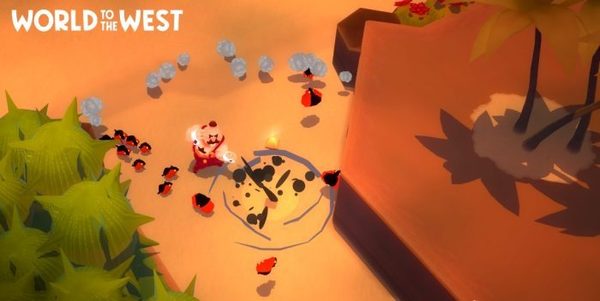 Coming from a 4cr interview with Rain Games...

4cr: How goes the Wii U version of the game? Is there any potential ETA for when we can expect to be playing it on Nintendo’s previous home console?

RG: While porting to Switch has been a very smooth and pleasant process so far, Wii U is harder to optimize for, mostly due to the way the hardware is setup, and how the Wii U version is baed on an older version of the engine to ensure full system compatibility.

But we knew this going in, so we made sure that the game could stand up on its own without changing the main gameplay experience. We’re dedicated to making it play well on every platform! As far as an ETA is concerned, we’re hoping to get it out as soon as we can, but we don’t have a way to lock down a date yet, so I can’t get more specific than that.

RG: Keep in mind that we’re not done porting quite yet, but at the moment the Switch and PS4 versions run very similarly to each other, with the same quality effects and post processing. World to the West has a slightly retro art style, so it isn’t the most graphically intensive game but, overall, our experience with porting to Switch so far has been overwhelmingly positive and a very smooth process!

We’re taking advantage of the greater nuance of the Nintendo Switch’s HD Rumble by recalibrating effects across the game to take advantage of the expanded range of vibration types, but haven’t added any new gameplay mechanics centered around it.
World to the West already has sort of an organic in-game achievement system since there are a number of collectible tablets that tell the backstory of the land. You’ll still get the same challenges to complete as the versions for other systems that have universal achievement systems in place.