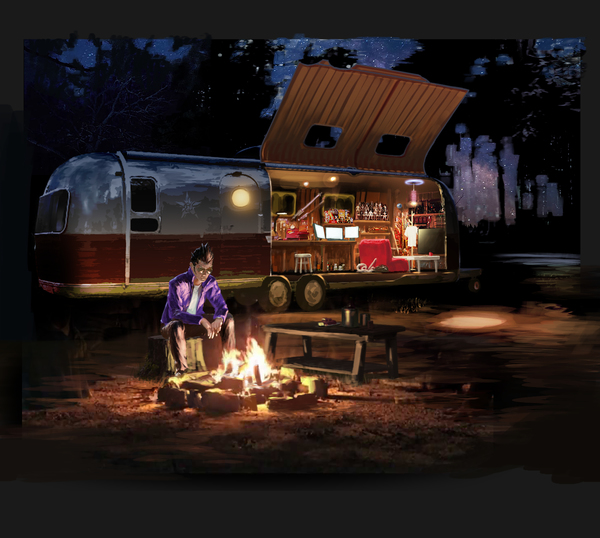 A portion of a VideoGameChooChoo interview with Suda51...

VGCC: How exactly does this tie into No More Heroes 2? Obviously a lot of time has passed and Travis’ situation has changed a lot, but you just said it’s not quite a direct sequel. Will Travis Strikes Again address what’s been going on with Travis since the events of No More Heroes 2 or will this be more of a self contained story?

VGCC: So then there are intentions to follow up with a numbered sequel to this then?

S: Yeah. If this succeeds I definitely want to put out a 3 someday.

Short and simple enough for ya? It's gonna be a long, hard road. But who knows? Could kick ass. Could be dangerous. Could totally suck. Whadaya say, bro?

Lol @ those dudes who were convinced that this game was only dropping the number to render 2 non-canon.

Short and simple enough for ya? It's gonna be a long, hard road. But who knows? Could kick ass. Could be dangerous. Could totally suck. Whadaya say, bro?

It's not happening, brother. I can't be associated with that travesty.

I mean, I've got standards for fuck's sake.

Hate to say it, but it's your job.

With you, it is different. You're the No More Hero.

Show me your passion! Release me from this cycle! Free us all in a crimson sea!

That's right. All we can do is keep running.

Then let's find that exit they call paradise.

If this isn't part 3, then what the heck is it?

Spoiler
Travis finds Sylvia who had disappeared and now is working in a brothel.

It's also worth saying that Suda has once said that NMH3 would be the story of another assassin. Travis Strikes Again could very well be Travis's last story.

Having a number or not is 120% irrelevant. It's just a number in the title.

What matters is if the core mechanics will be same, meaning, will this be a third-person hack and slash action game?

If it is, who really cares if the game has a number 3 or not on the title?

I'm sorry, but, did you even read what I wrote?

I talked about the core mechanics being the same, in the case of NMH, the game being an "hack and slash action" title (all word that I used on my comment)... In the case of Metroid, HOW an adventure single-player game (Metroid Prime) is the same as an action coop multiplayer game (Metroid Federation)? The core mechanics are clearly different here...

So HOW can you think your comparison has anything to do with what I said there?

Really, man, next time try to read what other people write before commeting... Just sayin.

I actually agreed with you're original post and think it's pointless to read into titles too much like that... But then I thought it was funny when I realized there is a horrible example in Metroid Prime to fuel that kind of speculation.

But then you kinda got way too serious there so...

From what I read, even Suda himself doesn't know where to put this game on the series....

So does is this game a side game that takes place somewhere after 2 and before a possible 3?

Do people even read stuff anymore ?

I see all of these comments on Suda's quotes about indie devs' involvement and about the placement of the spin-off in the series. And a lot of these comments say it's confusing. It's not. It's perfectly clear.

What else do you need ?