Nintendo talks Switch supply for the holidays, interest in TV/movies, thoughts on VR/AR 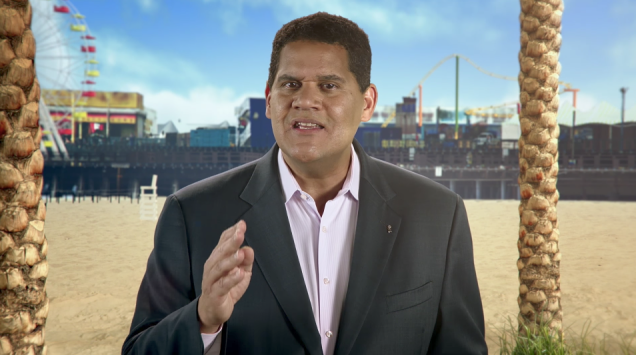 On Switch supply for the holidays

“Certainly the demand is there, and our supply chain is there (to hit the 10 million goal). Are we going to have enough for the holiday? That’s what we are focused on."

On Nintendo moving into TV and movies

“All of those options are potentially on the table.”

On VR and AR

I've been saying for ages that AR is better than VR. VR is very specific in the type of experiences you can have with it, and while there's certainly merit to those experiences, AR is not only more practical, but doesn't completely isolate people like VR does.

Microsoft seems to be getting this with its focus on subtly steering people's hype for VR into pushing "mixed" reality experiences (which are primarily AR) and the whole Windows Holographic concept. I think that's where the merit of the concept really lies.

Depends on games. A MEtroid 3D VR would be a lot better than an AR version. The isplation itself screams VR. And plenty of games like that. VR is absoloutly a far more superior way of gaming (at least solo and/or FP(first person) kind of games. AR at home seems mostly like it's best for party stuff.

AR actually has a lot of potential outside of Party games. Although, party games would be great too. Look up Fragments, a Mystery AR game for the HoloLens. After playing it, I can see both great single player potential and multiplayer potential (on demand Mystery Room anyone?). The overlay is good enough to have virtual screens in the air as well. Once we get better FOV, there is a lot of gaming potential as well as practical potential.

The main limitation is going to "Room" based. Like room VR, you need room to move around in order to have the most fun.

I will admit, it is very trippy seeing the floor overlaid with a virtual floor (Fragments). The effect is better than most might suspect.

I agree that AR has plenty of potential. Cluld make dome freaky stuff, but in the end I see it more suited for party games or smaller, mini experiences. VR is better suited for more deeper gaming. It doesn't mix eorlds, but sends you into a new one.

Would love for Ninty to embrace blth. AR on 3DS was good indicator and HoloLens loons intruiging.

AR and VR have their strengths and weaknesses. AR is better for, as Entity noted, those games you want full immersion. AR is great for other types of games. What kind? I am not entirely sure yet. I own a Microsoft HoloLens and have played the very low production value games and a very promising game. Fragments, by far, shows off how well AR can work and adapt to an environment.

Now, Nintendo is most likely referring to current AR tech, Smartphone AR. This, I find restricting and not super fun to use. Take Pokémon GO. You can play it with the camera but it becomes unstable. While cool for a few minutes, I assume most players turn off AR for longer playing sessions.

I have high hopes for both AR and VR but they are not quite there yet. AR needs something like HoloLens but as a mature product for actual consumers (not just developers and with a wider FOV/lighter headset). High hopes. We are nearing a point in technology I have been waiting for since I was a kid. Using good AR has been a dream of mine for a long time. Long time.

Didn't Nintendo actually use AR on 3DS? Those games are quite fun for short bursts. I wonder why they stopped that...