Square-Enix opens up about trying to make Final Fantasy VII for N64, jumping to Playstation, and Nintendo's reaction 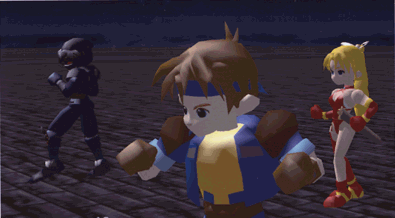 Polygon has put together an absolutely amazing feature on the creation of Final Fantasy VII, including all sorts of devs that worked on the game. The feature finally gives us a look into how the project originally started on N64, then jumped over to Playstation. This was a huge turning point in the game industry, as well as a devastating blow to the relationship between Square-Enix (Squaresoft at the time) and Nintendo. PLEASE make sure to check out the entire feature linked below, as it's extremely in-depth and super interesting. We've hand-picked a few choice snippets from the feature.

We knew Nintendo 64 and PlayStation were going to be the next hardware generation, and that we’d be developing our next game for one of them. It was similar to when we moved from the Famicom to the Super Famicom. Our first step wasn’t to choose between the two systems, but to focus on learning the Silicon Graphics workstations we had purchased. They were very expensive machines, and we made a demo on them to show people, “This is how Final Fantasy could look in 3D.”

Square planned to build a game for the next-gen Nintendo machine, but the [development] kit wasn’t available and the technical [specs kept changing]. So I suggested we could go with a standard environment and we could see what we could do with it. Then later on we could optimize this idea to the small machine. Initially, we could do something with the most powerful environment so we could be more free — free to figure out what we could do in 3D.

It wasn’t really “officially” in development for the Nintendo 64. It was more like we were experimenting with the hardware.

[Nintendo] actually started giving us emulation kits for the 64. They weren’t running on anything reasonably sized. Do you know what an SGI Onyx looks like? A little smaller than [a 4’x4’] table. … I only had very simple demos running on it at the time, trying to port over some of the higher-resolution models that we used for the Siggraph demo to see how they would perform. … I was [also] using a 3D model of a Leviathan guardian that definitely wasn’t part of the FF6 Siggraph demo.

We started making a demo to see what was possible, and only a handful of people worked on it: a few programmers, and four or five artists to work on the graphics. Those artists may have forgotten by now, but the first characters we had them work on were Cloud, Barret and Red XIII [all of whom ended up in the final version of FF7].

All this work was toward — I think they called it the Shoshinkai, Nintendo’s Space World [trade show in Japan]. And here I am coding, kind of being able to do lead dev work for this Space World demo. Then I think it was near the end of the year. Sakaguchi-san just gathers everybody in the middle of this gigantic floor where we had a bunch of devs working in the middle of Meguro. And he just casually announces, “You know, we’re not developing for Nintendo anymore.” … So all my work at that point kind of went down the drain.

Of course, back then I wasn’t the president of Square. There was a management level above me, and I talked with them to make the decision. But PlayStation games being on CDs was the biggest factor. If you wanted to make a 3D action game on a Nintendo 64 cartridge with that limited space, you could do it. But I wanted to create a 3D role-playing game. It was very clear in my head what I wanted to make, but that would have been difficult on Nintendo’s hardware. …The biggest problem was, of course, memory. Based on our calculations there was no way it could all fit on a ROM cartridge. So our main reason for choosing the PlayStation was really just because it was the only console which would allow us to use CD-ROM media.

At that time, Square was really close to Nintendo — we were basically like a second party for them. So when their new system was in development, we gave them lots of advice, like, “You’re going to need a CD-ROM drive for it,” “You don’t have enough bandwidth to do what we’re trying to do,” and, “With what you have now, we’re not going to be able to make an RPG.” We gave them lots of advice. But [Nintendo president] Yamauchi-san at Nintendo basically refused to listen to any of it. And that’s when Sakaguchi-san and the management team at Square decided, “OK, we’re going to go with Sony now.”

I thought it was the right decision, but yeah, there was a lot of [tension] with Nintendo after.

It was pretty uncomfortable. There were about four to five years where we couldn’t really talk with Nintendo. We didn’t have a friendly relationship with them.

When we made the decision to go with Sony, for about 10 years we basically weren’t allowed into Nintendo’s offices. From a consumer’s point of view, it was good to have two companies competing with each other because prices wouldn’t rise and it would be better for them. But from a business perspective, our main interest was making sure that Sony won and Nintendo lost, basically, because that would be better for us.

What I heard was Nintendo said, “If you’re leaving us, never come back.”