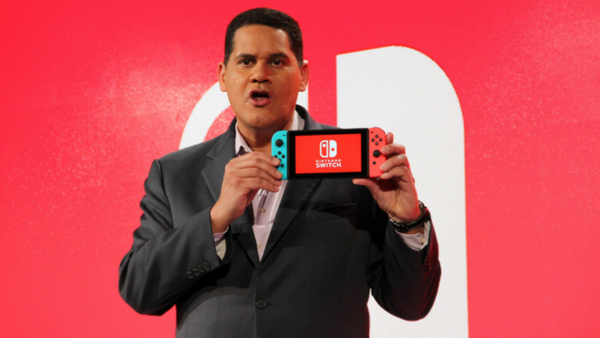 The following comes from a Mashable interview with Reggie Fils-Aime...

"The fans should know that we are not a company that is sitting in a little ivory tower and not thinking about all of these dynamics. [We're] a company that likes to keep our information very close to the vest, and announce information when it's ready and when all of the elements are fully fleshed out.

We love to surprise people. We also believe that the consumer should have the information when they're ready to act on it. Telling someone about a game that's four of five, six years away from actually launching? Just doesn't make a ton of sense to us. But sharing information in order to frame how we are looking at a franchise, looking at an IP, that's something we do very thoughtfully.

A hypothetical on one message board gets picked up on another message board as fact. That is the nature of the state of the industry today. And that's why we do want to manage our messaging so closely. As we look at the overall business, we're constantly looking to do the right thing for the consumer.

(With Switch at launch) We actually sold through almost 2.8 million units (as opposed to the expected initial shipment of 2 million), so we dramatically over delivered. And yet, demand outpaces supply. So what do some of the consumers on Reddit say? 'Gosh, Nintendo, if you would've made more you would've sold more.' Well, we did make more! And certainly we're on a pace to supply in the current fiscal year 10 million units.

I think if you were to go back and look at some of these comments, you would actually see that the issues have been resolved, but it's happening at a pace that is later than maybe where the commenters would like the resolution to be. But it happens. And the solution is there."

I understand Nintendo liking to keep secrets and surprise the consumer. I really do get it. The issue is, I think Nintendo sometimes keeps too much secret on their content. Sometimes we want to know all the online details of a game before it comes out. We want to know the options and modes. It's one thing to spoil story content, but consumers wouldn't be upset knowing more about the bells and whistles a game has before it launches.