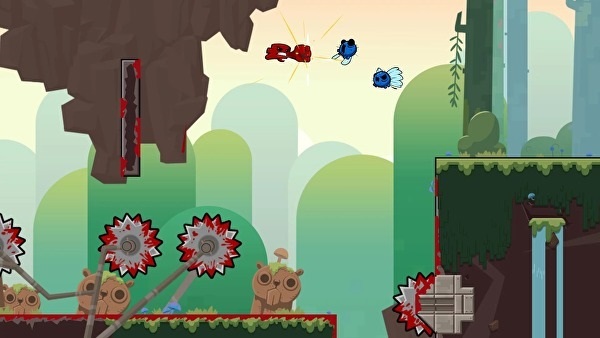 As you might remember, Super Meat Boy was the creation of Edmund McMillen and Tommy Refenes. When it comes to Super Meat Boy Forever, McMillen isn't involved. Actually, he's not even part of Team Meat anymore. It seems like there was a bit of behind-the-scenes tension in Team Meat awhile back. Eurogamer talked to Tommy Refenes to try and see what happened. According to Tommy, it doesn't seem like Edmund will ever come back to Team Meat. As for what actually went down, this is as much info as Refenes would give.

Yeah. [Pauses] It's interesting - without divulging too much, but for a long time it didn't feel great being Team Meat. I was thinking... 'I'm just going to leave this'.

It's one of those things. It was a giant part of my life but people grow, people change, your views on things change. And unfortunately sometimes people just grow in different directions. It's a natural thing. It's something you could sit and be angry about but it doesn't get you anywhere.

Last year my parents years got divorced after 39 years of marriage. I don't think either one of them is happy they are divorced but I know that they are happy that they can continue their life and build the rest of their lives in a way that makes them the happiest. That was important to them moving forward and they are both doing better than they have in years.

The way I feel is similar in that I'm happy as hell to be working on Super Meat Boy Forever and as far as work happiness goes, I'm right back where I was during the non-stressful parts of Super Meat Boy development back in 2009-2010. I'm not happy about the loss of a partner, I'm happy that everything feels fresh new and important again. I love seeing people react to things I've created and I haven't felt that in a long time.

I don't regret anything - even the things I think I would change, I don't regret, because I'm way happier. I can't speak for anyone else, but I know I am.

Honestly, it's just people grow in different directions. I think stuff's going pretty well for both of us - and ultimately that's good for everybody. More games are good.