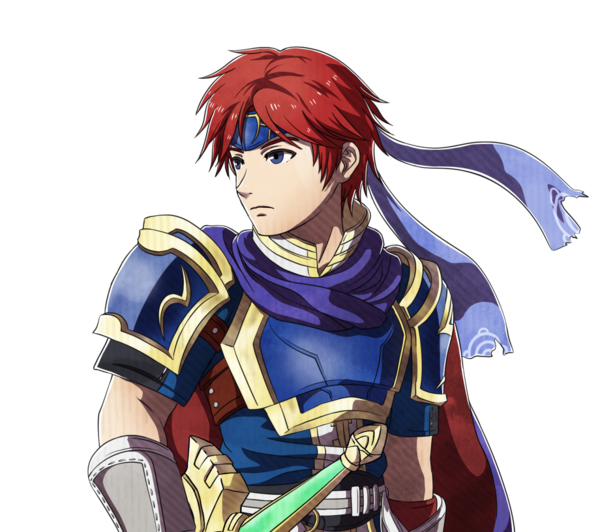 Don't count on Ike or Roy for Fire Emblem Warriors 1 DLC. According to a Nintendo Dream article, they won't make it in unless there's a FEW2

According to an interview (translated by Source Gaming) in Nintendo Dream, it looks like Ike and Roy don't have much of a chance to appear in Fire Emblem Warriors via DLC. Looks like the only hopes for them getting in on the action would be a sequel, which will certainly be a little disheartening to fans. Let's hope this entry sells well enough to warrant another installment!

I just want characters from Echoes as DLC. That's literally my favorite FE ATM and only one character is coming from it despite it being the newest. I don't understand why...

Probably because it didn't sell nearly as many copies as Awakening and Fates.

Six months ago I might have been happy about this since I was pretty sick of seeing Ike but these days he'd be a breath of fresh air after having to pretend that dumping in the entire cast of Fates was an exciting inclusion of interesting characters.

I'm not huge on Fire Emblem, but this just seems like a silly move. Roy and Marth were the wests first glimpse of Fire Emblem. Not including Roy just seems silly to me.

Understandable. I don't think two characters added for the sake of it could save this game for anyone not interested in the main lineup.

Why not? The game is nothing but fan service, same as Hyrule Warriors. They included just about every major Zelda character most fans could want. So there's literally no good reason NOT to include Roy, Marth, Ike, etc.

...Fan service from where?

Hyrule Warriors was nothing if not basically "Zelda's Greatest Hits". It was a "meh" original story, providing excuses to have homages and Easter Eggs from more or less the entire franchise. Except for people that just REALLY hate this type of gameplay, it was a Zelda fan's dream come true.

I know for certain that's why I got into it. I've never really been into these "Warriors" games, even though the gameplay can be fun for a bit, because I am just really not all that interested by ancient Chinese or Samurai Era Japan settings. Certainly not enough to play through a repetitive type game like this all the way through. But with the Zelda window dressing? I was much more enticed, because it's one of my favorite franchises of all time.

THAT was the fan service I was referring to. Unless you were referring to this Fire Emblem game, in which case, not being a fan of the series, I can't really comment, except to reiterate that there is no good reason for them NOT to include fan-favorite characters like that.

>The game is nothing but fan service, same as Hyrule Warriors.
>...Fan service from where?

...Also you say the game is nothing but fan service and yet you can't really comment on it?
Anyway, MY point is the game has clear focus on the three recent to semi-recent titles near-exclusively (even with the upcoming DLC where "fan service" would be a no-brainer), so I wouldn't think it would be worth including Ike, Roy etc when they would only have very minimal focus. I.e If you don't care for the meat of the game I doubt it would make much of a difference to your enjoyment. It would a silver lining but that's all. It would be better for them to have a game where they'd have a larger part upfront; in the sequel for instance.

We'll need to agree to disagree here I think. I don't have the stamina to debate this. I've said just about everything I want to at this point. This Warriors game isn't for me, though I really wanted it to be.

But what about "we love Ike"?

Really, really doubt that. They said they would be listening to fan request and those two are like top characters of the franchise (well maybe not Roy for non-Smash FE fans).

Its obv that the majority of the cast are from Awakening and Fates since those two games are the most sold console Fire Emblems, so they will cater to those fans first whether people here like it or not.

I don't get why people ask for more Fire Emblem Main Characters when almost all them use Swords but complains about this game having a lot of Sword Users?

game is full of females. seem the game is turning into a female musou

Well that fucking sucks....I need something to justify these amiibo figures other than Smash and Codename S.T.E.A.M. Still getting this game on launch though!

I can deal with Roy not being added... honestly, I feel like the only reason he keeps getting added to anything is because they went and thrown him into Melee (kinda like how they seem to keep adding Jigglypuff to Smash because Smash 64), even though, from what I hear, his game isn't all that great.

Not adding Ike seems odd though... I thought he and his game were well liked by the fanbase. At least, that's what the Heroes poll and the fact that he came in second seems to suggest.

Fire Emblem Fates: Warriors is looking less and less interesting. There's just so much less variety than I thought there would be. Not even the DLC has anything I was looking forward too. Oh well, not like there's a shortage of new games this holiday!

Isn't Ike one of, if not THE most popular male Fire Emblem character? What are they thinking?

Dragon Quest Heroes got two games, with lots of different characters from the games spread across both games. I can see them making two Fire Emblem Musou games as well if the first one sells well.

I'm guessing that they want to know how well this game sells so that they can consider making Ike and Roy come.

That stinks, I was really hoping to see them included.

Unnacceptable. They are keeping classic characters at ransom. We are being asked to support a game without the characters we care about on the off chance they'll ever make a sequel. That is disgusting, and I am not buying this. I am sick and tired of Awakening and Shadow Dragon hogging all of the spotlight. It's time other games get a bit of love too, and not respecting fans is why the game is selling much below expectations. Intelligent systems, Koei, Nintendo, you should be ashamed of yourselves.