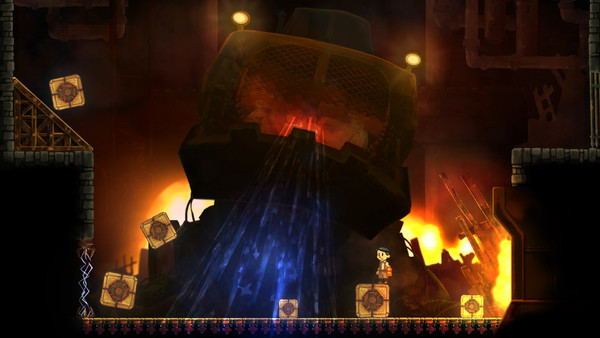 Japan is getting the Switch version of Teslagrad on November 16. In North America, its release could be taking place a few weeks later. The Switch eShop currently lists it for December 7.

Discover the secrets kept in the long abandoned Tesla Tower! Magnetism and other electromagnetic powers will help you explore a non-linear world of beautiful hand-drawn environments, in a steampunk-inspired vision of old Europe. A young boy suddenly finds himself embroiled in a long-forgotten conspiracy, involving a despotic king who rules the nation with an iron fist. Jump into an outstanding adventure told through voiceless storytelling, writing your own part. Armed with ancient Teslamancer technology and your own ingenuity and creativity, your path lies through the decrepit Tesla Tower and beyond.

While Teslagrad hits Switch in Japan on Nov. 17th, the North American eShop currently has the game listed for a Dec. 7th release. The title will cost $14.99 and takes up 482MB.