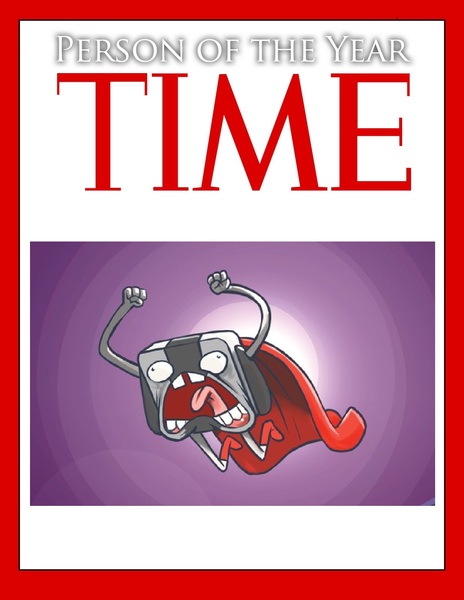 “When you have a great game, that moment of disappointment is when you have to stop playing,”says Reggie Fils-Aimé, president of Nintendo of America. And so, with the Nintendo Switch, you don’t have to. In one form, it’s a handheld tablet, allowing a single user to game on the go. In another, two controllers slide off from the sides, allowing multiple users to get in on the action. Once they get home, they can slide that tablet into a docking station and continue playing on a legitimate home console. Gamers seem to like the flexibility: Nintendo has sold 7.63 million Switches since its March debut; it’s expected to surpass the company’s previous console, the Wii U, by the end of its fiscal year. —Lisa Eadicicco

TIME has named the Switch one of the top 25 inventions of the year. Pretty cool to see the Switch make the list! If you want to see who Nintendo is rubbing elbows with, you can check out the full list here.

Nintendo rises like a phoenix from the ashes of the Wii U.

Being included on that list was impressive -- until I got to Fidget Spinners at the end.

This kind of mainstream exposure will just propel holiday sales even further. You can forget about finding a Switch during the holiday season.

Nintendo rises like a phoenix from the ashes of the Wii U.

People do like a good comeback story don't they? Ecstatic for Nintendo

Nintendo switch is an "invention?"

It can probably be argued that the hybrid system aspect is an invention...

I wouldn't. Everyone knows Nintendo switch is a home system first and foremost. Vita could hook up to a TV. iPhones & iPads, too.

Is the Iphone X an invention? A new Eletric Car? A new Breast Plumb? A stronger Footbal Helmet? You can say that for almost everything on that list

Now all the Switch needs is a Rhythm Heaven, A Wario land, A Mario RPG and a Pokemon game to make my day.