Indie devs discuss what attracted them to Switch 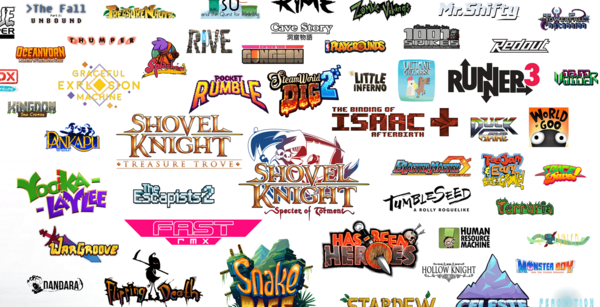 The Switch is quite the indie haven, and sales have been fantastic across multiple games. Red Bull sat down with a group of indies to talk about their Switch support, and what they like about the platform. You can see some snippets from the interview below.

"It’s simply a good console with killer games, but it’s also new and interesting. We’ve all seen a box that plugs into the TV countless times so it’s great to see something different. I once played Zelda in bed by placing the Switch console vertically on a table and lay in bed sideways with a Joy-Con in each hand. It wasn’t the most comfortable way to play but the fact that I could even attempt this wacky manoeuvre – what other console gives you the opportunity to experiment?"

"It's both handheld and stationary, and it supports both controller and touch input. The titles have been quite strong – you can't really say no to epic stuff like Breath of the Wild, Super Mario Odyssey and, of course, our own game, SteamWorld Dig 2! Also, the Switch is very tasty: it's easy to set up, sleek and clean yet versatile and modular. Unboxing a Switch is like getting a Barbie doll with all the right accessories, the house, the car AND Ken. It's really desirable, a real fashion statement. What is perhaps most remarkable is that it's the first of its kind, that it took someone until 2017 to develop a hybrid like this. But Nintendo have always been very innovative. The only company I could have imagined with a product like the Switch is Apple, but they’re completely invested in touch input and would've muddled their own waters by starting to offer controllers."

"I think people like the idea of being able to take big games around with them. It seems really efficient to take your console game with you if you go somewhere. I feel like I'm getting extra value by getting a Switch game, even though I don't really use the handheld mode much."

Seeing Yooka-Laylee on the list reminds me that we still haven't heard anything about the Switch version in months. The Switch version better have something exclusive and/or be priced accordingly to the other platforms (the game has been on sale multiple times for $20 or less)