Animal Crossing: Pocket Camp sneaking out early around the world 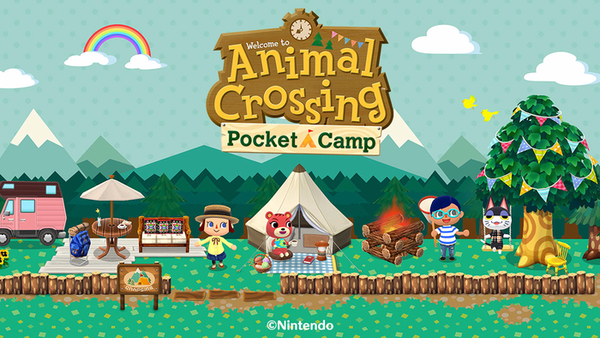 No, this isn't a joke. While we thought Animal Crossing: Pocket Camp was launching on Nov. 22nd, it seems the game is going live a bit early around the world. You have to do some digging for the appropriate links, as searching the respective Android/iPhone stores doesn't show the title. If you look up Nintendo games on those platforms and then look through the related tab, you can find the game. Also, if you happen to live in the states, you can click this link for iOS and this link for Android. Thanks to Blackout for the heads up!

Actually, don't bother. This is a horrible perversion of Animal Crossing.

The 'play at your own pace' goal-less, relaxing gameplay the series is famous for is replaced by daily missions and timers.

Dang that sucks, it's too bad I already paid $60 bucks for this game and this is not a full console Animal Crossing game... how do I refund it?

I see what you did there. And yes, this Fred Duck fellow needs to chill out.

First of all, Nintendo - as the developer of this game - should be free to tweak gameplay as they see fit, especially to suit a mobile platform.

Second, as Nintendo gamers and enthusiasts, we should be glad that this AC offering on mobile is not the “full” experience. We can have confidence that the mobile strategy is in effect, namely, release game experiences on the phone that drive people to Nintendo consoles.

Why should we be glad?

Is that what you want?

Similarly, if Cupcom can make scads of money from their no-effort mobile app, Animal Flossing: Packet Scamp, where is the impetus to make REAL games? In the best case scenario, real game releases are spread out because they're getting free money from the mobile app(s) and don't need to make real games to pay the bills. In the worst case scenario, the next iterations of Matt Droid, Super Mania Bros, and Super Stash Bros are all mobile-only.

Is that what you want?

Personally, I would like Nintendo to focus on making great games. I'm sorry if our opinions differ on this.

Edit: Not only that, but did you notice that some people would drop $60 on a "mobile experience" which is nowhere near the full experience?

Let's break it down.

If so, why should they bother making full games anymore?

We should not be rewarding them for this unless you're really cool with fewer (or no more) new games.

However, I don't know if they can refund consumable items.