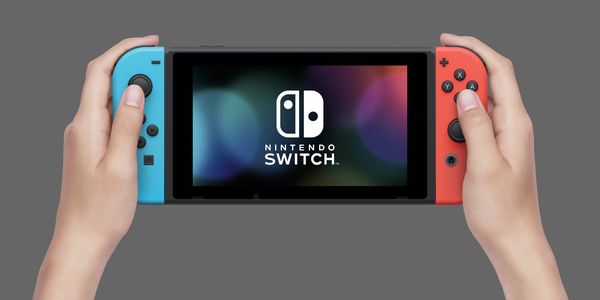 Want a good idea of how well the Switch is doing? We've seen some figures here and there, but now we have some true insight from a credible source. The following blurb comes from US Video Games Industry Analyst for NPD Group, Mat Piscatella...

Switch is on pace to exceed Wii by 20%+ over the first 10 months of sales. The thing is though, the Switch, from a demographic and usage basis, is nothing like the Wii. It’s much more a core gamer console than anything Nintendo has done since maybe NGC? ...and because it’s a hybrid, multi console ownership per household could be a thing, making upside potential bigger than the Wii.

If Pokemon comes next year I can easily see Switch outpacing Wii and taking 40+ share of the hardware market next year, but it does depend on if Pokemon is next year or not.

If Pokemon does hit Switch next year, it would most likely be very late in 2018. Either way, when that game hits, there's going to be a huge boost to Switch sales. For now, seeing how things turn out this holiday season is going to be super interesting!

The Switch is a Trojan horse for...games. One of the things I like most about the Switch is that it's just a plain games machine. I don't personally care about Hulu or Netflix. Just give me a steady stream of good games to play. From the indies to the Neo-Geo classics, to the much improved 3rd party support to Nintendo's always stellar games, Switch has been perfect for me. And this is only the beginning.

I can believe the multiple switchs in one household. I bought one for my brother and for my wife and I have never done that with any other console before.

That's interesting to me. Switch doesn't have nearly the casual appeal that made the Wii such a juggernaut in sales, so I find it fascinating that it could outpace it by a significant margin. Of course, the Switch has a better selection of games it's first year than...shoot, probably any Nintendo system since, what, the N64?

Hum... the Wii U was pure hardcore, even though it's true that it wasn't sold like that to begin with. But neither did the Switch. One had Nintendo Land, the other had 1-2 Switch. I'd say in terms of target demographic the two consoles are the same.

The problem was the Wii U's appalling publicity whenever it actually was advertised.
Despite Nintendo trying to sell it to gamers as "a console made for you" the little advertising Nintendo gave it played it as a straight successor to the Wii.
They tried a best of both worlds approach without realizing how the market had changed and what their position now was, and by the time they attempted course correction it was already too late.

Wii U was just plain awful. They tried to appeal to everyone but ended up pleading very few. As bad as it was at least Wii was quite strong with a certain demographic. I’m glad they’re leaving the whole Wii brand behind. It was an enormous step back for Nintendo and it resulted in a terrible decade (with occasional great games).

I wouldn't be so pessimistic, but I agree that leaving the Wii brand was the best thing to do.
By the time the Wii U came around it turned away core gamers due to its perception, and the soccer moms and grandmas had long since moved on to mobile games.

I actually think I’m being more optimistic because I think the future of Switch is looking brighter. It’s just the last ten years of Nintendo consoles were among their worst.

Remember this is just for the Switches first 10 months, not lifetime sales.

It would be nice if Switch outperformed Wii because I feel that it's a much better direction for Nintendo to go if they want to continue with under-powered hardware. I'd like to see them rewarded for better decisions instead of getting lucky with the bad.

Switch would be dead right now if it was called "Wii Switch". Image is everything.

What I'm most curious about is, how do Switch sales compare to DS (particularly after Lite was released)? This is a portable console afterall, and it MAY become Nintendo's sole traditional gaming machine once 3DS finally sizzles out. Most people tend to forget that DS sold ~150M, in comparison to Wii's ~100M. If it's selling DS levels then I'd say that's good.

...and because it’s a hybrid, multi console ownership per household could be a thing, making upside potential bigger than the Wii.

This is a thing. My wife and i both have one and our kids both want one for christmas. So there will be four! Switch's in our house compared to the one PS4 we have. I'm sure there are many other families with multiple Switch's. If not already then in the future.