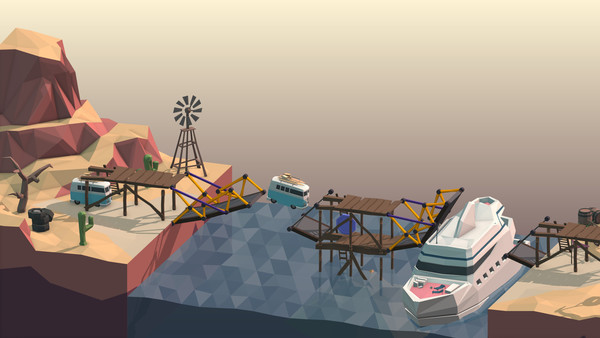 While Poly Bridge seems to be quite a bit of fun on Switch, some people are saying they're really not into the control scheme. It seems the developer has been paying attention to these complaints, as they're reaching out to fans for some input on how to fix things. You can read their full blurb below, and then hit up the link to share your suggestions on Reddit.

I made some poor decisions regarding control schemes, with many players saying the gyroscope pointer implementation plainly sucks, and in an attempt to rectify that I am currently working on:

Supporting both gyroscope pointer and thumb-stick is a fair amount of work, but if I can presume that no one will even use the gyro I can save myself a few weeks of work and get the new control scheme out sooner, while also making it simpler for new players by presenting an intuitive control scheme.

On a separate note, the patch fixing the split joints issue using touchscreen is undergoing approval and will hopefully be available before the holidays.