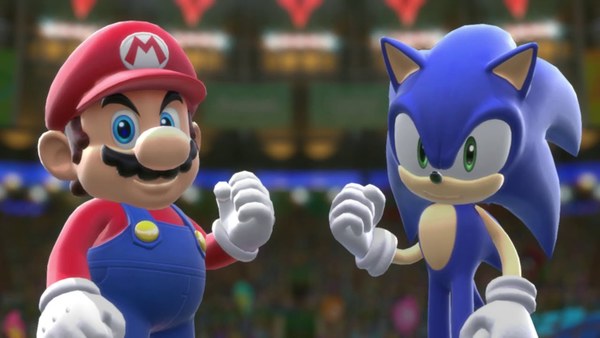 Nintendo has announced that Mario & Sonic at the Rio 2016 Olympic Games is being removed from both the Wii U and 3DS eShops in Japan. The games will be removed on Dec. 27th, 2018. Furthermore, the demo for the game will be removed as well. No reason for the removal was given.

That's one reason why we should always prefer retail releases over download (or DLC).

Considering how there's no 2018 Olympic Game announced, I'm hoping this means that the series will finally end once and for all.

I would like that to happen considering these games have been holding back an actual Mario & Sonic crossover, but with the Switch's success I doubt it. Maybe it will be announced in next month's direct.

This is exactly along the lines of what I was thinking.

“Hooray that a game I have no interest in is maybe not being made anymore so it can free up a developer to make games that not a whole lot of people play.”

I always wished these games weren't so uneven. They had great moments and terrible ones. I will miss the series.

Seems like the license ran out. If there was a 2018 Olympics game coming we would know by now, but interestingly that license seems to have moved to Steep with their DLC.

In fact I think that has been the case. The license moved to Steep for the 2018 South Korea Winter Olympics.

Dang, and the Rio Olympics game had a killer soundtrack. Was looking forward to more.

Actually, this whole series had a killer soundtrack. Sega’s Sound Team does wonders with the source material.

That's one reason why we should always prefer retail releases over download (or DLC).

I owned Marvel vs. Capcom 2 on PS3 digitally, but when Capcom magically took it down from the PSN, and then I had to unfortunately reformat my PS3, that was the one game I could no longer re-download, even though it was bought and paid for. And even after they "got the license back" to make Infinite, they haven't bothered putting it back up, I suppose because they don't care, as the PS3 is more or less "dead" by now.

So the money I paid for that game years ago, might as well have been flushed down the toilet.

That's not exactly a parallel.

There are still devices you can play cassettes and VHS tapes on, the devices they were meant to be played on. There's a big difference between that and older formats of media. That's like saying NES cartridges are worthless because there's no more NES systems to play them on. Which obviously isn't true.

Digital games you buy and own, and then either the service you used disappears, or the game itself does, it just becomes a fart in the wind, wasted money.

Why can't you play them? Just get proper play units. Same with games, unless there's an emulator to hand, which would give you an alternate (inferior but convenient) option.

If you simply don't want them anymore, you can sell them or give them away so someone else can enjoy them. Try doing that with digital rentals.

Digital may seem like the most convenient option for most people, but there are a lot of risks involved when you're purchasing a license to use a file rather than a tangible, physical copy of something you can then do whatever with.

PT is a great example of why Digital distribution could become a problem yerars from now when games are removed or console marketplaces are shut down as older systems become obsolete.

What?? No one know's about the 2020 Olympics that will be held in Japan? I think this has something to do with that. It's the complete opposite of the series ending. They're making massive preperations for Mario & Sonic Olympic 2020. Now that the Switch has been a success, Nintendo has an incredible opportunity to do something big with the series, since from what I understand... this will be the biggest even that's held in Japan... ever, the whole county will invest millions and millions for it. And of course, Nintendo will play it as safe as possible, because it'll guarantee them success... So I'm not too sure what to expect from it. In the other hand, maybe they'll try to innovate with the series and gain even more attention. I think it'll be one of the most succesful games on Switch.

This may tick some but I can't get why people just hate it's existence. Sure, quality wise it's bad but at least it's not shovelware bad...

It's most likely due to licensing issues.

Rio Olympics was the worse one out of this series AND THAT'S saying something..it lacked the dream events (the only good things about the sequels) and it lacked the amazing Mario/Sonic song remixes. It was also very short on content compared to the other sequels in the franchise. So I say good riddance. This game IMO (even though not developed by Nintendo) is on par with shit like Mario Tennis: Ultra Smash, Star Fox Zero, Animal Crossing: Amiibo Festival basically Nintendo's 2015 as a whole and IMO the worse year Nintendo has ever had.