Zelda: Breath of the Wild is officially content complete, no more DLC coming 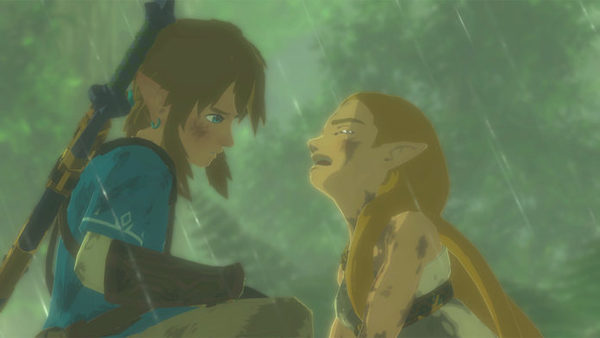 Wondering if Nintendo has plans for more DLC for Zelda: Breath of the Wild? Well wonder no more, as Nintendo's own Eiji Aonuma put the topic to rest. In a recent Famitsu interview, Mr. Aonuma states that with the release of the Champion's Ballad DLC, Breath of the Wild is complete. Of course, as you already know, work has begun on the next Zelda game. While we close the chapter on Breath of the Wild, a new chapter has already started!

So, I'm okay with this decision, but couldn't we have gotten 8 more spirit orbs? My completionist OCD is killing me with full hearts and 2 3/5ths stamina.

Same for me, but full stamina and 28 hearts.

So the open air game kept an open ended ending...? What a shock.

Still the criticisms have felt a bit like the reactions to The Last Jedi. Trying new things stirs mainly the most hardcore of fans.

Looking forward to what’s next. Nintendo did an amazing job with BOTW and it deserves every accolade and award it receives.

It's because they are busy with BOTW 2, another Zelda has to be coming to the Switch I believe. Similar to what we saw with Majora's Mask on the N64. Same assets, just different story, etc.

I imagine we'll see this tighter and smaller 'MM-esque' Zelda title in Fall '19 or Spring '20 [teased at the end of 2018, perhaps?]. Maybe a SS remaster or and 2D Zelda in the meanwhile.

The next big Zelda title coming after that in the Switch 2's first year.

That would be gread. A SS remaster and then a MM-esque Zelda would be just perfect.

Drat, I was thinking a multiplayer Battle Royale Mode would come next year.

they should make dlc that's literally just an extra 300 korok seeds randomly dumped around the map.

collecting them all would net players an even bigger and shinier lump of, uh, 'gold' from hestu.

Would have been fun to see what would have happened 100 years AFTER the main events in BOTW. A new Hyrule, rebuilt and all. With new towns and places etc. Oh well..

Who's to say the next one wont loosely cover that?

Well, it could be a sequel-ish game for all we know. I mean they have the world ready if they want to use it. I am willing to bet they wil use many ideas that didn't get into BOTW. Would like that go mini and enter mini worlds idea. UFOs? Well...LEt's wait and see

I'm fine with this time to start working on Majora's Mask 2. A Literal sequel to the original game using this game's engine. I want to return to Termina but this time the size of BOTW's Hyrule. I want masks to return to the series. Instead of the moon falling it's the Sun. I also want the return of REAL dungeons. No more Divine Beast nonsense. Instead of 120 Shrines it's 120 side quests from unique NPC's.

So much for restoring the Wii U version's functionality.

What's wrong with it? I haven't played it since beating it. Did an update mess it up?

Yeah, it's called the Switch version. They ripped out all the GamePad support so that the Wii U version wouldn't seem better and then came up with some BS excuse about "players not wanting touchscreen features".

Oh ok. I thought you meant that the Wii U version wasn't functioning.

Yes, I was very disappointed in them removing the gamepad features. There was no reason to do so. I don't feel it would've affected Switch sales at all.

Okay, but now I'll start eagerly awaiting Mario Odyssey DLC instead. I hope to be downloading an Isle Delfino kingdom some time in 2018.

So it will not be possible to get a full 2nd row of hearts and full stamina? Am I right? If so that would be another thing that'll be very un-Zelda-like. Anyway they made a nice game, not worth at all the massive storm of perfect 10 reviews imo (that was dumb) but still I enjoyed a great deal out of this game.

I'm very disappointed with this news. I didn't buy the season pass because none of it interested me. Pack 1 had things that should have been there from the start and Pack 2 was just more of the same things I already did perviously. I wanted an actual story about the champions that takes place in the past. Or at least a new location. Oh well.

Now to sit back and wait a year to see if they'll bundle all of it together on a cart.

Cause there ain't no way I am renting DLC.

REnting? If you purchase, download and save it on the internal memory or flash card it's technicaly yours to keep..

Digital content is a little different than that. And it heavily relies that your data henceforth will not get corrupted or lost in various ways. And if such event happens outside the Switch's lifespan, you're likely to be blockaded from accessing this content to re download.

One of these days the Wii U Smash will go offline. And with it heightens my concern of never getting Mewtwo back if the Wii U memory fails. So far this hasn't happened and thus far means I am generally in a clear.

However, having such experiences with music during my college years has made me very adamant against DLC. In a way I view it as placing your games in someone else's house. You don't technically have much a say what happens to it on the server end.

I partially agree. A gamecart can also fail, just like an SD card. Take care of your stuff. But I agree a LOT that there should be a "collector's edition" or whatever for many game these days with all the stuff packed in. SMash Bros Wii U is one (don't really think they will port that one to Switch, really).

That is also true, but less so when it comes to the game itself. Namely your data saves are not going into the cart (like they traditionally were ages ago) so most of the time you'll just have idle data that ready to be read when popping it in (and for games that have tournaments at cons, such as Melee, they'll outlast most online services that are frequent in today's consoles.

The SD cards have a more finite lifespan, and can be moved to a bigger or better memory, which runs the risk (albeit small) to ruin as time moves on.

* Dlc didn't quite live up to the expectations and indeed made the game less future proof. N is indeed quite short term when it comes to future online support. This dlc extended this game a few months, but imagine what they could have done with BotW if they decided to make the game more complete for the next 5 years to come with some new season passes.
*I rewrote my grumpy comment a bit : /

I feel like this was more a push to move on and gain more "current" momentum for Switch and potential Zelda.

Look at CoD, though we collectively have seen it as garbage years ago, why is it still popular as ever? Namely cause you see a "new" one every year or so. Promoting Zelda, which has a finite amount of gameplay, through the console lifespan can only net you so many ore sales once it has reached a peak. So a new Zelda a few years down the road will oft help fill in any more voids of release from Nintendo. Instead of multiple teams consistently working on DLC.