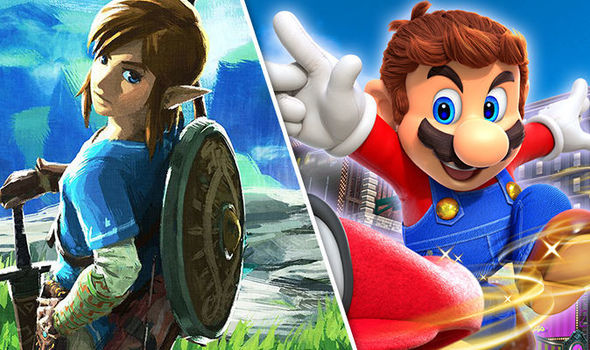 IGN decided to see what Nintendo's big-name devs thought of each other's games. They talked to Super Mario Odyssey producer Yoshiaki Koizumi as well as Breath of the Wild director Hidemaro Fujibayashi and producer Eiji Aonuma to see what the Zelda team thought of Mario, and vice-versa.

HF: “I think for me, the parts where you're able to go from 3D into 2D and go into the wall and it becomes the old school style. I especially liked where it looks like there's nowhere to go, but then the walls curve around. It was super unique. It actually reminded me a bit of Zelda. That's the kind of thing that we wouldn't be able to do in a game like Breath of the Wild. It's something that only fits in the wackier Mario world. So I thought that was really cool.”

EA: “Mario can put so many ideas in. I'm kind of jealous of it.”

YK: “I think my favorite part of the game was when I finally climbed the highest mountain in the land. Having worked on Zelda games myself, I always wanted to create climbable environments, but I had to promise not to. But really, being on top of that mountain, just the place itself was very impressive,” he said. “I feel drawn to the mountains. It was really nice.”

>Becoming a picture on a wall and going around corners wouldn't work in a Zelda game?

It's like he hasn't played LoZ Link Between worlds.

He never said it wouldn’t work in “Any Zelda Game”. Perhaps you need to read it again.

It actually reminded me a bit of Zelda.


I'm pretty sure this reference LBW