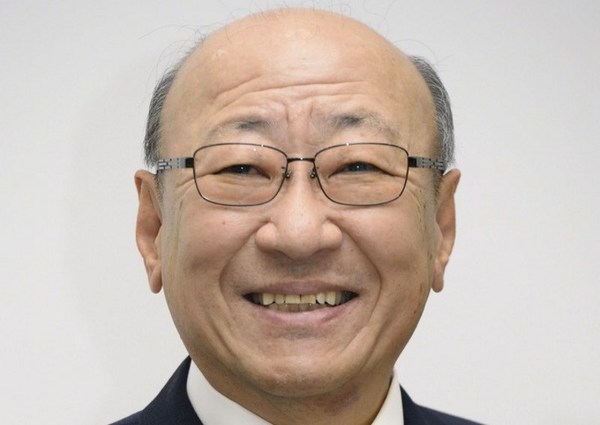 Nintendo president Tatsumi Kimishima recently made the rounds in Japan, doing multiple interviews with various outlets. Below you can find a summary of all the important tidbits he shared. The blurbs were translated by Nintendo Everything.

Switch sell-through during the holiday season

– The numbers haven’t been fully determined yet, and Japan still has the New Year week
– Thankfully it has been received well in the most important period both domestically and overseas, as Nintendo expected
– Nintendo has either reached or slightly surpassed the projected amount

– Nintendo did its best to produce units and meet the projected amount
– The company isn’t sure if customers have been fully satisfied, but Kimishima believes they were able to deliver a lot of units to retailers

On why Switch is becoming a hit

– Kimishima says even if you make something new, it doesn’t mean it’ll always be accepted
– He thinks Switch’s play style, which is different from before, has been accepted by customers
– Nintendo changed the concept of home consoles
– You can play it not only at home, but also carry it outside, and you can even split the controllers to play with friends
– New features on the controllers such as HD Rumble and the camera are interesting, too

On the type of userbase the Switch has been accepted by

– At the launch in March, it was sold with the highly anticipated Zelda: Breath of the Wild, so it was very valued by people who like games
– Kimishima says “this is a big factor”
– After that, Nintendo released Mario Kart, Splatoon, and Super Mario, so the family userbase (which includes those who don’t play games often) also grows larger

– Kimishima has heard several cases of a household having multiple units
– On the other hand, if you consider pricing, buying multiple units along with games would require quite a lot of money
– In that case, there is a reason for it to coexist with handheld systems like the 3DS
– That’s because it’s relatively cheap, and can be safely played by children who are experiencing games for the first time

Expanding games in 2018 and beyond

– To those who have bought a system during the holiday season, Kimishima asks to please play the games already released
– For those who like games and have had the system from launch, Nintendo has been providing DLC so they can be played in the long term
– Next year Nintendo would like to provide games that make use of Switch’s new play styles

Possibility of using Switch as a tool for various entertainment, including videos

– The most important thing is to see how interesting Switch can fare as a game-only console
– On top of that, Kimishima thinks there are those who prefer convenience with more features
– However, such features may already exist on other devices in households, and perhaps it doesn’t mean having a lot of features would go in the direction that Nintendo’s customers want

– Both technologies already exist in the world, so the important thing is how to use the tech to make Nintendo’s content more interesting and also have people play leisurely
– If Nintendo can do that, then VR and AR could be used
– Currently nothing tangible to announce

– Nintendo has proof that by creating mobile games using each title’s characteristics, people can grow more familiar with its business
– On the other hand, Nintendo still has some leeway to consider how to raise profit as a business
– By wanting to release around 2-3 titles per year, Nintendo has set up a dev organization in the company, and has a dev plan for that
– On when to release them, Nintendo would like to decide on that while looking at the timing of the release of other new products

On adding more partnerships than with DeNA

– DeNA has been supporting Nintendo in various ways, and Nintendo isn’t dissatisfied with them
– Nintendo wants to expand more on mobile games and it may be possible to add more partnerships if needed
– But at this time, there is nothing tangible to announce

Expanding on the business that uses IPs like characters

– Kimishima says there has been quite a good response here
– Things like t-shirts made with Uniqlo and shoes with VANS are quite popular
– These types of initiatives provide licensing income, so the profit is not as big as game consoles, but being able to promote IPs this way is important
– If Nintendo has a future partner that matches well, they’d like to work with them

– It’s proceeding well according to schedule
– Nintendo is about to be able to see the big picture soon
– If you fly a drone there, you should be able to see it yourself
– On whether there will be more characters other than Mario Kart: “You’ll also get to know that soon.”

Expanding characters to movies and more

– Nintendo is currently negotiating with partners
– Acknowledges that many people are interested in this
– If Nintendo gets the “OK” sign, they’ll make an announcement

On the next console

– Nintendo has started thinking about it
– However, consumer preferences always change, and technology also continues to evolve
– Ex: AI has been used more often, such as the AI smart speaker
– Nintendo has to keep thinking about whether to include such technology until the very end
– If Nintendo has already decided right now on how the next game console would be like, they would no longer be able to take action
– Nintendo needs to think about the release timing in a flexible way

– As a company, Nintendo has been around for over 100 years, but the theme that has been consistent is entertainment
– Nintendo has many staff who excel in that department and are eager
– That’s why rather than going to another business type, Nintendo would like to do something on a new axis in the entertainment segment
– Previously Nintendo had been progressing towards the health subject, but the company is still continuing to look towards providing people with enjoyment and raise their quality of life

– Many of Nintendo’s fans are interested in eSports
– As for Nintendo, they would like to seriously consider an approach that fits the company well

The Switch is a bit awkward to fit in with multiple consoles in a house. The kiddos would bicker about who gets to use the dock, who gets to play copies of games, and if one person takes theirs while the other kids stay, which games they can bring with them. I wouldn't won't (sic) to deal with that.

Aside from the dock bit, you could say the same about any other portable system (particularly the Gameboy and DS/3DS lines), but it does work for those systems, so I don't see why it wouldn't for the Switch

Well Nintendo, whatever you do, give us a brand new wario game!

I'm very eager to see what is comming in 2018. I have a crazy theory that when they fully announce thier paid online system, they'll be like, "Oh and one more thing. GTA V is comming to Switch and you can play online too. *drops mic*"
GTA online will no doubt be a download. I gotta remember to buy stock in SD cards before they announce that.