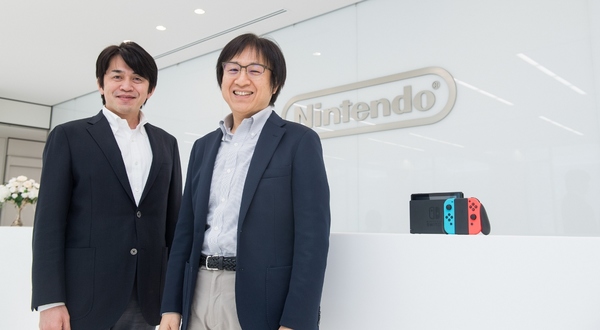 Nintendo's Shinya Takahashi and Yoshiaki Koizumi sat down with IGN to chat about all things Switch, and the duo touched upon portable gaming in general. The Switch may be a home console, but it's also a portable device. With the platform's success, Nintendo sees that there's still strong value in portable gaming to consumers.

ST: “Certainly in Japan, especially when people are in a long line, and maybe a lot of these are game product-related lines, you definitely see a lot of people holding a Switch and playing there. That's something that of course we hoped to see in the U.S. as well, trying to fulfill that promise of being able to play anywhere, anytime, with anyone. When we started to see evidence of that, we were very gratified.

Before the release of the Nintendo Switch, in interviews I would often talk to people about what their impressions were, this idea of game hardware that you could either play as a console in front of a television or take with you on the go. What I most looked forward to was hearing people's impressions after release, when they really tried it on their own, and started to realize the comfort and the charm of those experiences for themselves. What I think we were able to reaffirm at that time was the value of portable gaming in the Nintendo Switch. But because it is a hybrid that allows both, it allows us to very flexibly approach [console gaming] as well.”

YK: “Just to add a little bit to this idea of how people viewing smartphones as an influence on the future of portable gaming, I certainly wanted to see all the possibilities of having controllers that could be separated from the hardware, so that you could be able to hand one to another person in a variety of different environments. I think that really represents an amazing advantage over smartphones. That was something that we had focused on very clearly as something we could achieve to reach that distinction.”

Portable gaming is never going to die. It is what Nintendo is known for and it remains the king of handhelds.

Its just a shame that besides phones, there's no competition between gaming handhelds. Only Nintendo seems to do gaming portables.

That's because you can't have a console experience on the go..... Oh wait!

PSP and Vita did felt like they cared more about pushing visuals, yet it wasn't a sustainable business model apparently since they push back on their releases to focus on their consoles. In turn the vita succeeded with niche japanese experiences like visual novels, rythmn games and smaller games, as well as ports from older Sony consoles.

Good or bad the handheld market mainly goes to a low or middle level of development production values. I mean that's also why the Switch is also a good place for indie games, those for the most part fit well to be played on the go.