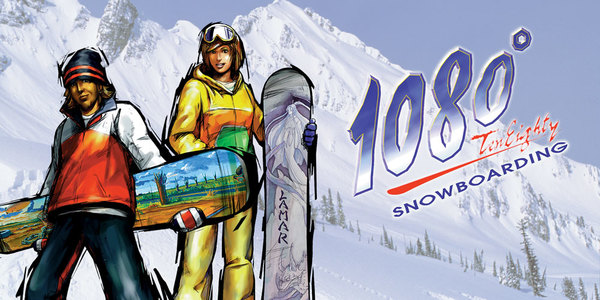 Nintendo has filed a trademark registration for 1080° Ten Eighty.


There haven't been too many installments in the 1080° Snowboarding franchise, but it seems like Nintendo is up to something with the brand once again. On Dec. 18th, 2017, Nintendo filed a trademark for 1080° Ten Eighty. Could this be for a Virtual Console release, a new entry, or something else altogether? We aren't quite sure, but perhaps we'll find out soon!

Seems like a good candidate for the inevitable N64 Classic.

Really liked 1080, but loved Avalanche. Not even sure why I got 1080 in the first place as I don't really like sports games, but I'm glad I did.

The Gamecube game is even better? Sweet! Never had a chance to play it, looking forward to it when it comes virtual console on switch ;)

Remember the SSX series Nintendo? YEah, EA is refusing to make a fun game like that, so go for it,take their spot.

These are still my 2 favorite Snowboarding games ever, i like them a lot more then any Cool Boarders and SSX.

The Shaun White games are fun too, but 1080 is much more stylish and charming.

1080 Dance sountrack for the unaware xD

Because I miss the good old days: This pleases my nipples.

If they're gonna make a sequel, I'd really rather have a new Wave Race, personally, though 1080 was solid.

There is way too much wisdom in this post.

I don't usually like sports games, but I like 1080. I would be very ok with a new Switch game. But eh, doesn't exactly mean anything. They are still trademarking Eternal Darkness... >_>