Indie dev Wolfgang Wozniak says he was turned down by Nintendo 5 times when proposing Switch games, one game deemed 'too mature' 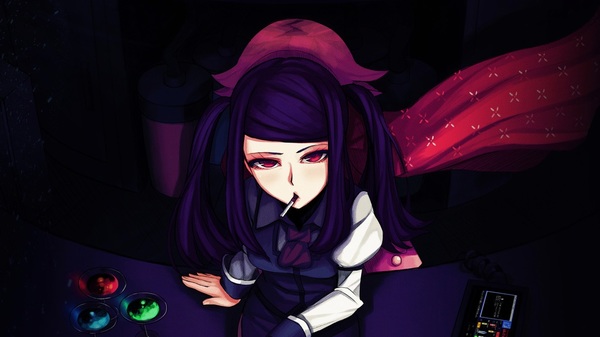 Wolfgang Wozniak is an indie game dev most well known for his work on VA-11 HALL-A. Wozniak has been trying to bring some titles to Switch, but it appears he's hit a wall. Nintendo has turned him down 5 times. He shared the details of his stumbles with Dotesports.

"Nintendo of America specifically, has been uncharacteristically ambiguous surrounding what they are looking for in a game. We've been turned down by Nintendo of America five times. You will likely notice that most of the indie games on Switch are from one of those regions, have a big publisher behind them, or have experienced great success previously on Steam. If your work does not fall into one of those three categories, then it seems like Nintendo of America is not interested. I'm certain that we'll be able to bring Switch owners something special in the future, but I am uncertain as to when that future will be."

In particular, one game was turned down for being too mature.

"It's a short and sweet game where two people have a conversation. It's an adult situation, but there is no what you would call 'adult content' in it. Specifically, this was mentioned as being exactly what they were looking for, but too mature."

Ehh.. The problem is it's getting that anyone can just say "Nintendo turned me down!" because Nintendo doesn't directly respond to such comments.

At this point, with the fact we have evidence that his "Too Mature" comment is a bit.. ridiculous to say the least, that we start demanding proof of these that claim it.

Now im not sure what to think of this

Agreed. Dunno how games like Doom, Bayonetta, Senran Kagura and Binding of Isaac (plus many more) are ok, but this triggers it? Seems like something is missing in this retelling

That's exactly what I thought too. There has to be something he isn't telling us, because it's just weird that a game would be rejected for being "exactly what we're looking for, but too mature" when much more mature games are already on the Switch, with more on the way.

That also just doesn't sound like a thing Nintendo would say. "Exactly what we're looking for, but too mature."

Sounds like the Nintendo logic of holding back Netflix (allegedly)

Ehh.. The problem is it's getting that anyone can just say "Nintendo turned me down!" because Nintendo doesn't directly respond to such comments.

At this point, with the fact we have evidence that his "Too Mature" comment is a bit.. ridiculous to say the least, that we start demanding proof of these that claim it.

How difficult is it to publish an indie game on the Switch eShop?

Judging from the 100+ indie games already on Switch, of varying quality, I can't imagine it's that hard...

Much harder than PC, for sure. My brother and I made a platformer called Entertainment Hero. We started the project specifically to release it on Switch back when it was NX. When we announced it RMC was super nice and posted it here even! We pitched it to Nintendo ages ago and we were shot down. I understand, we're entirely unknown, the game wasn't done and needed a lot of polish but I got the impression that the game wouldn't ever be accepted for release because it isn't what they were looking for. This was months ago, mind. We eventually gave up on a Nintendo Switch release happening anytime soon and released it on Steam instead. Comes out tomorrow, actually.

We're hoping if the game does well on Steam Nintendo will reconsider us when we pitch future games. Of course, in a perfect world Nintendo would just do away with this strange audition process and sell Switch dev kits like they do all their other platforms. In short, it seems pretty tough to get your game on Switch right now. The only common factor I notice is that games on the eShop have often found success elsewhere first.

Could just be a situation where they don't get a good feeling from a certain creator and don't want to pursue a project with them but also don't necessarily want to burn any bridges..

Also if the whole game is just having a conversation.. Doesn't seem like a very interesting game.

Well, yes, but from the comment he said, it didn't seem to be as full as a visual novel.

Or at least that's the way I read it.

Well from what he's saying, it sounds like he's talking about VA-11 HALL-A itself which is actually a very interesting game. And Ace Attorney also falls into the visual novel category so it's not like that actually effects it. My only guess is that it's because VA-11 HALL-A is actually an incredibly opinionated game that talks politics and varying views sometimes. Mind you it doesn't make any specific mentions to anything but I'd guess Nintendo aren't ones to accept games that may talk a little too much about sensitive subject matter.

Edit: My bad, I didn't see the part where they described the game and it certainly isn't VA-11 HALL-A but I wouldn't be surprised if VA-11 HALL-A would be rejected for the same reason on Switch.

The Switch eShop is full of VERY VERY shitty mobile ports and Nintendo is perfectly about selling us that kind of crap.

And don't tell me these are not good and would sell here because I got my Wii hacked and I have played all those and they are some of the top games on the console.

Also, look at Last Story and Pandora's Tower. Nintendo didn't want these games here because they wouldn't sell well, but other publishers got these and... they sold really freakin' well.

Nintendo of America is the worst of all 3 Nintendos.

I'm very happy for you that you got a headline that plays into the narrative you desire.

Hate to break it to you, but most of the mobile ports that have been problematic so far originate from... Japan. The place NCL operates. In fact, some devs had to release said games in Japan to get around the NOA/NOE restrictions. Plantera DX was held off for five months for no good reason and had to be a JPN exclusive. That's why Vroom in the Night Sky existed as well, because the developer was Japanese and NCL's normal restriction of wanting a company with a building to publish games on their eShops in Japan was all that they had. NOA barely has anything to do with this as NOE is the same way. If anything, NCL is being pretty biased right now for all the wrong reasons...