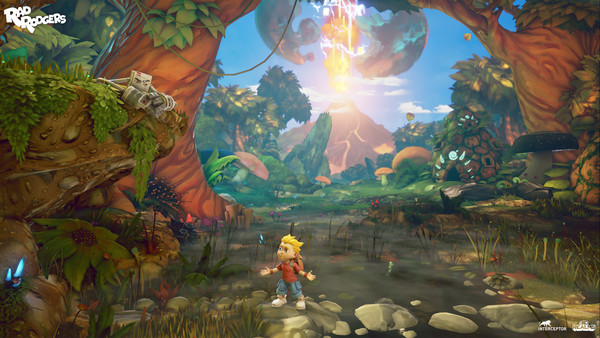 Rad is a rambunctious but spirited young boy who maybe plays too many video games. After dozing off at the tail end of a long night of gaming, Rad awakens to find his dusty old console has turned itself back on. Suddenly a vortex emerges and he's sucked into his TV, where he finds himself the star in his very own video game adventure.

Looks like the Brazilian ratings board is going to be our go-to place to find out upcoming Switch games! According to them, Rad Rogers is set to release on Switch in the future. No official word from the publisher or developer at this time.

Why rate something that won't be released on the country?

Brazil doesn't even their own Switch eShop. I have to buy stuff on other eShops;

Nintendo is pretty much f**** if they ever wanna come back to Brazil. The market is 95% Playstation and 5% Xbox. Kids nowadays don't even know what the word "Nintendo" means.

They all know Playstation and some them have a Playstation console. Some of them know the Xbox brand (but nobody has one because Xbox is a joke here, just like it is in Japan. But at least they know it exists)... However NOBODY knows WTF a Nintendo or a Switch is. Not even one.