Koei Tecmo says Switch "really suited for the modern lifestyle", ready to make Switch games with their own or other companies' IP 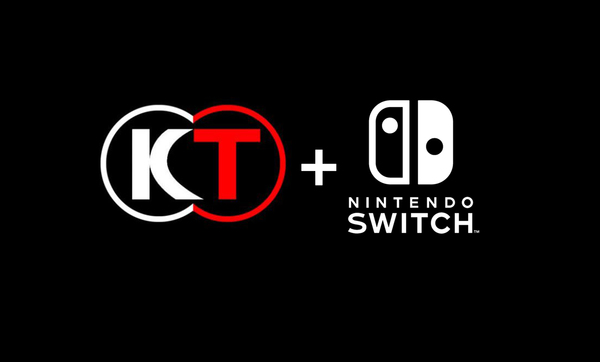 Koei Tecmo President Hisashi Koinuma is very high up on the Switch. We've seen support from Koei Tecmo already, and it seems more is on the way. Mr. Koinuma shared his positive Switch thoughts in a GameSpot interview.

I believe that the Switch was well-received and became popular because it’s really suited for the modern lifestyle, not only in Japan, but the US and also European countries as well. So we are readily available to make titles available on Switch, and either our own IPs or some other company’s IPs. I feel we’ve been working on making the titles available on Switch much faster than the other publishers. If there is any need or wishes to be played on Switch, then definitely, we will work on that.

Dynasty Warriors 9 (and other main series games outside of Japan) - please.

If they're asking for needs or wishes, then OH!... Let me have new FATAL FRAME game(s) on the system! O___O
(in PHYSICAL format)

Yep! I want one too! And they can still continue to use the same control scheme as Wii U! :D

They have co-ownership rights to it along with Koei Tecmo.
Although Nintendo only co-holds rights to the more recent games and all future games in the franchise.
The ones Nintendo co-owns are FF2 Remake (Wii), FF4 (Wii), FF5 (Wii U) and Spirit Camera (3DS)

Shoot, even a port of Maiden of Black Water would be cool to start

YES! Port that game over right away and I'll buy it. Speaking of that game, port over FF2 remake and FF4 too! I don't care if their still in SD!

I recently started getting into the Dynasty Warriors style games and now I want Nintendo to contract them to make "Splatoon Warriors" and "Pokemon Warriors" games.

Are there enough characters in Splatoon to make a Splatoon Warriors game, though? I'm not too familiar with Splatoon, but aside from the few shopkeepers, the 4 hosts, the 2 different player characters (if we count different genders) and the few antagonists, there isn't much...

I'm still debating if I'm going to get the AoT game but I'm glad these guys are on board. i'd like to see them doing another exclusive apart from Hyrule Warriors. FE I think suffered from being multiplat and AoT, well I need to see more of it, but seeing the first video I thought it was closer to the Vita version than the PS4. I hope I'm wrong but I thought it could have looked better. Making an exclusive would help in using the hardware better.

Lot's of Warriors games and Nioh would be great.

Yup. Nioh would be pretty cool indeed. I did not think of it.

EDIT :
It's tied to Sony apparently, the same way Bayo is tied to Ninty. So chances are it won't happen.

Switch port of Fatal Frame 5 please, and how about a port of Dead or Alive 5 that comes with most of the DLC to show you aren't complete dicks?

As for new stuff, how about a proper Ninja Gaiden 4?

Not much to say here. I haven't played any of their games so it must be something for them to make their games on the Switch I guess.