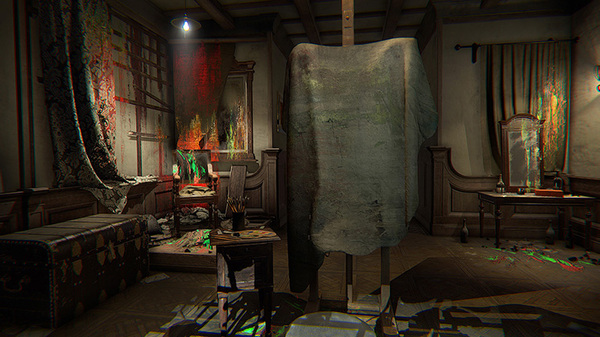 Layers of Fear: Legacy is coming to Switch later this month, and it's gotten some nifty updates from the original PC release. In this interview snippet from NintendoChitChat, we learn of how the game uses HD rumble.

NCC: Ever since Nintendo announced HD Rumble, we’ve been excited about how HD Rumble could be used in horror games. How are the Switch’s special features being used for Layers of Fear: Legacy?

Bloober Team: Probably the one feature that will stand out immediately will be the ability to open a door or a drawer by the swing of your hand. We have been working with the rumble feature for some time, trying to tune it to an output that won’t spoil the discreet atmosphere of our horror game with over-rumbling (a reaction you would expect to follow a jump scare), but preserving a distinct tactile experience, while exploring the game’s environment.